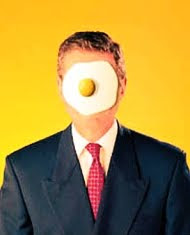 Obamacare passed.  Large companies were forced to take hundreds of millions of charges on their profit/loss statements.  The intimidator, Representative Henry Waxman, was  outraged and called a committee hearing to flay the offending companies’ CEOs.  Except—taking the charges was required by the law.  Oh, never mind.  From the story:

Waxman had called the hearingin reaction to public statements by several companies — including Verizon, AT&T, and John Deere, among others — that Obamacare would cost them hundreds of millions or even billions of dollars because it laid a new tax on their retiree health benefit payments. Ever since the passage of the Medicare Prescription Drug benefit, the payments had been subsidized, tax-free, as a way of preventing these companies from dropping enrollees onto the Medicare rolls, where they would cost the government far more. When Obamacare changed the tax rules, it was quite clear that this would result in huge losses, but President Obama and Democrats had failed to heed warnings to this effectin the run up to Obamacare’s passage last month.

The CEOs, required by law to be honest about earnings projections, re-stated their bottom lines in reaction to Obamacare’s passage, earning the ire of Waxman and other Democrats. Hearings on this matter would likely have proved an embarrassment to the Democrats and helped drag out discussion of Obamacare’s unexpected ill effects.

Perhaps Waxman didn’t know the law and thought he could castigate business leaders for political gain.  But he’s the one with egg on his face.
0
Print
Email
Prev Article
Next Article