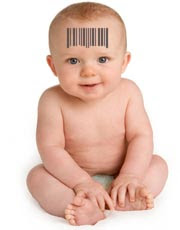 Human exceptionalism demands that human equals be treated with equal respect regardless of their economic circumstances.  This means, as just one example, implacable opposition to slavery and human trafficking.  It also means opposing using the poor and destitute as biological resources, such as through kidney purchasing and paying destitute women to be surrogate wombs for Westerners who either can’t, or don’t want to, bear their own children.

The latter practice has potentially devastating psychological and physical consequences to the birth mothers—but that point is often entirely missed in media reports about international surrogacy.  Rather, as in the following story in the Australian newspaper the Brisbane Times, the media generally focus on problems faced by the purchasers. From the story:

Most new parents expect to take their baby home after a few days but a German couple, Jan Balaz and Susan Lohle, are still waiting after more than two years. Their twin sons, Nikolas and Leonard, have been trapped in citizenship limbo ever since an Indian surrogate mother gave birth to them in February 2008. The boys were refused passports by their parents’ homeland because German nationality is determined by the birth mother. That left the slow-moving Indian judicial system to wrestle with their citizenship status. The case has now reached the country’s highest court.

Then, there’s this story:

Another heartbreaking Indian surrogacy controversy, this time involving two Canadian doctors, was revealed by the Toronto Star this week. The couple received a devastating shock when they applied for Canadian passports for what they believed were their twins borne by an Indian surrogate. A DNA test ordered by the Canadian high commission in New Delhi revealed the twins were not related to the Canadian couple - or to the birth mother - but were the product of fertilised eggs from an unknown mother and father. The doctors left India childless and the twins may spend their childhood in an orphanage.

Once again, the problems experienced by the surrogate aren’t even considered. But when you think about it, such indifference is entirely logical.  They aren’t hired as persons, but as uteruses.  (Yes, I know that some purchasers treat the women well, but that doesn’t change the overarching point.)  And note how unimportant the children become when they fail to pass DNA muster.  (How many children with disabilities are refused by purchasers?)

The prosperous West has developed such a sense of entitlement that many believe they “deserve” to have their every desire fulfilled and every dream come true.  Thus, the Australian government seems unhappy that India might tighten the rules:

A bill to govern assisted reproductive technology and surrogacy has been drafted but, as the Herald reported on Monday, it threatens to make it much harder, and maybe impossible, for Australian couples to hire Indian surrogates. Under the proposed law, a foreign couple wanting to enter an agreement with an Indian surrogate would need a written guarantee of citizenship for the child from their government. In a response to questions from the Herald the Australia High Commission said it expected Indian laws to change in response to the growing demand for surrogacy. ”Any changes to legislation in India could impact on eligibility for Australian citizenship,” the statement said. The Indian legislation would also prohibit gay couples from hiring surrogates unless local laws change to recognise same-sex relationships.

I believe it should be should be made harder, much harder—indeed, preferably illegal—to pay unrelated women to be surrogates, particularly destitute women overseas.  Indian women are not commodities that rich Westerners are entitled to rent and forget.  Such surrogacy-for-money contracts should be declared void as against public policy.  That would protect women from being exploited, would prevent the kind of snafus discussed in the story that not only hurt would-be parents but more importantly, may leave children tossed aside, and blunt the drive to expand biological colonialism.

Right, Wesley: Fat chance.  All that matters is the emotional pain of want-to-be parents. The potentially devastating emotional impact of gestating and bearing a child—only to have to give it up—on the Indian women, not to mention occasional physical consequences, aren’t even considered.  After all, we are entitled.
0
Print
Email
Prev Article
Next Article