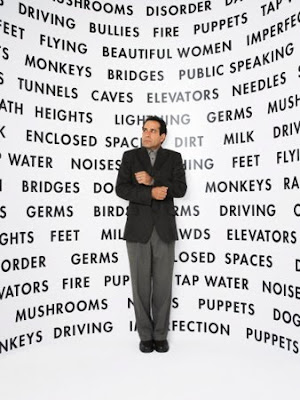 The WE’RE ALL GOING TO DIE! hysteria pitched about global warming has so scared children, that a large percentage believe they will suffer an apocalyptic future.  Now, the HUMANS ARE KILLING THE PLANET! diatribe has added to the upset of mentally ill patients.  From the story:

A recent study has found that global warming has impacted the nature of symptoms experienced by obsessive compulsive disorder patients. Climate change related obsessions and/or compulsions were identified in 28% of patients presenting with obsessive compulsive disorder. Their obsessions included leaving taps on and wasting water, leaving lights on and wasting electricity, pets dying of thirst, leaving the stove on and wasting gas as well as obsessions that global warming had contributed to house floors cracking, pipes leaking, roof problems and white ants eating the house. Compulsions in response to these obsessions included the checking of taps, light switches, pet water bowls and house structures. “Media coverage about the possible catastrophic consequences to our planet concerning global warming is extensive and potentially anxiety provoking. We found that many obsessive compulsive disorder patients were concerned about reducing their global footprint,” said study author Dr Mairwen Jones.

Panic mongering, as we have seen, has thankfully not convinced the world to destroy economies and keep developing nations mired in low emissions destitution.  But it has disturbed children and worried the mentally ill.  Nice going.
0
Print
Email
Prev Article
Next Article