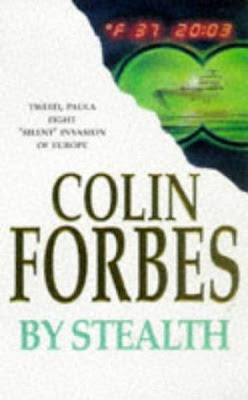 Biotechnology has not been much in the news lately.  Adult stem cell successes continue to be ignored by media and induced pluripotent stem cell research continues apace.  There are no human trials approved for embryonic stem cells—despite years of promises by Geron and others, “Wait until next year!”  Indeed, once the media lost its “destroy Bush!” obsession with the election of President Obama, who revoked Bush’s funding policy, the issue pretty much disappeared from the public discourse.

But it will be back.  As I have repeatedly stated, the real agenda here isn’t stem cells.  It is human cloning.  But that sector has not thrived due to technical difficulties and the inability to engage in mass cloning due to a paucity of human eggs.  But someday that may change.  And when it does, billions and billions (as the late Carl Sagan used to say) of your dollars will be needed to pay for it.

But that is currently illegal under the Dickey Amendment.  So, a bill has been quietly introduced to legalize federal funding of  human cloning research—which like so many laws and proposals in this field, lies about its true intent.  The CBC asked me to hammer that particular nail.  From my column:

A new bill was recently introduced in the House of Representatives that would radically change current law by legalizing the federal funding of human cloning research. “The Stem Cell Research Advancement Act of 2009” (HR 4808) pretends to be about setting Obama’s ESCR funding policy in statutory stone, this even though such funding is not threatened. It even pretends to enact a “prohibition against funding for human cloning.” But that assurance is profoundly dishonest. By defining human cloning in a scientifically inaccurate manner, the bill would actually legalize the very federal funding it purports to prevent. From the bill (emphasis added):

In this section, the term “human cloning” means the implantation of the product of transferring the nuclear material of a human somatic [body] cell into an egg cell from which the nuclear material has been removed or rendered inert into a uterus or the functional equivalent of a uterus.

But implantation is no more cloning than it is fertilization. Both processes begin a new life—the former “asexually” and the latter “sexually.” Implantation permits the already existing embryo—whether cloned (the “product” described in the legislation) or natural, it’s all the same—to continue to grow and develop until birth by providing the necessary womb environment—as happened with Dolly the sheep.

Once SCNT is completed, there is no more cloning:

The important point to remember is that the cloning is complete when the embryo comes into being—not a week later when the embryo would be sufficiently developed to be implanted in a uterus. After that, there is no more cloning. Thus, by restricting the proposed ban on federal funding solely to research conducted on implanted cloned embryos—instead of the actual act of cloning—the bill clearly authorizes federal funding of human cloning and, moreover, research on cloned embryos outside a uterine environment.

The point of this mendacity is to set the stage to pay for the essential technique that opens the door to the brave new world technologies—human enhancement, fetal farming, etc.—that are the true goals of many in the sector.  What better time to set the stage for that agenda than now, when the controversy has disappeared from the headlines and nobody is looking?
0
Print
Email
Prev Article
Next Article