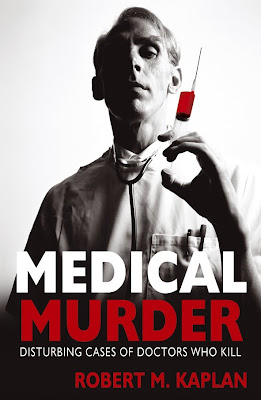 Flemish doctors not only admit to killing patients who have not requested to be euthanized, but the levels of such terminations without request or consent are barely under the rate of legal voluntary euthanasia.  From the study published in the Canadian Medical Association Journal (may have to manually download):

We found that, five years after the euthanasia law was enacted in Belgium, euthanasia and assisted suicide occurred in 2.0% of all deaths in Flanders during the study period period. They predominantly involved patients less than 80 years old, patients with cancer and patients dying at home...The use of life-ending drugs without an explicit request from the patient occurred in 1.8% of the deaths in Flanders during the study period. Most of these cases involved patients 80 years or older and occurred in hospital. In the majority of cases, the patient was not involved in the decision, primarily because of coma or dementia; however, relatives and other caregivers were often consulted. Considerations involving the relatives and needless prolongation of life were reasons indicated by physicians for reaching the decision.

Or, we could say Flemish doctors murdered their patients since explicit request is required under the supposedly “protective” euthanasia “guidelines.”

The study reeks with the usual terminal nonjudgmentalism we now see so often among the professional journal set.  Rather than condemning non voluntary killing and urging that all steps be taken to stop the practice and punish the perpetrators, the authors instead suggest blandly that greater efforts are needed to reduce the number.  More explicitly, it strongly implies that the non voluntary death doctors should at least use more effective drugs when they set out to kill:

Physicians in our study who indicated an intention to hasten the patient’s death without an explicit request from the patient most often used opioids, alone or with benzodiazepines. The use of opioids for ending life are discouraged because the patient may regain consciousness and because the procedure can take longer than expected. Furthermore, the life-shortening effect of opioids is subject to speculation. Recent studies have shown that the actual effect on the end of life is prone to overestimation. The estimated time by which life was shortened in many of the cases in our study was already very limited, especially compared with the estimated time in the cases of euthanasia and assisted suicide. We also found that, although physicians specified an intention to hasten death, opioids were often given in doses that were not higher than needed to relieve the patient’s pain. This suggests that the practice of using life-ending drugs without an explicit patient request in reality resembles more intensified pain alleviation with a “double effect,” and death was in many cases not hastened. The problem may also exist in other countries; for example, in the study in the Netherlands, opioids were also frequently administered to end life without an explicit patient request. This points to the need for education of caregivers about misconceptions of opioid use.

So, I guess Belgian doctors need continuing education on how to better kill their patients who have not asked to die.  Hippocrates weeps.
0
Print
Email
Prev Article
Next Article