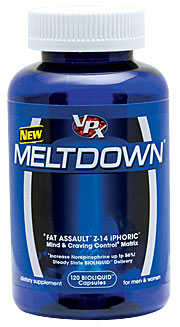 Massachusetts’ experiment with a form of Obamacare is failing, with the state’s insurance companies in terrible financial trouble because of the heavy hand of politicized premium regulation. From the story:

The four major Massachusetts health insurers yesterday posted first-quarter losses totaling more than $150 million, with three of them blaming the bulk of the losses on the Patrick administration’s decision to cap rate increases for individuals and small businesses.The carriers attributed $116 million of their $152 million in losses to the April 1 ruling by the state Division of Insurance to deny most proposed premium increases for the so-called small-group market. That category covers 800,000 residents who are self-insured or employed by companies with 50 or fewer employees.

Yesterday’s financial reports renewed the dispute between state officials, who say they are protecting consumers from excessive rate hikes, and the health insurance industry, which complains it is being unfairly blamed for surging medical costs and being forced to sell policies at rates that cause them to lose money. “The health plans are not collecting enough premiums to cover their costs,’’ said Lora Pellegrini, president and chief executive of the Massachusetts Association of Health Plans. “These results support what we’ve said: that the plans would lose millions of dollars from this scheme and it would do nothing to control underlying health care costs.’’

Many will say that such corporate “greed” is why we should go single payer, which, I think is the ultimate point of Obamacare—grab control of the practices of the entire sector, and then, break the spines of private insurance companies so that the only thing left will be the government. But who will bail out the government?

These are non profit companies in Massachusetts.  But that doesn’t change the laws of economic  nature. When underwriting is disabled, and the government injects politics—which it always will—the result is predictable.

I used to be single payer supporter myself, but I came to the reluctant conclusion that it leads to rationing of the politically weak—never the connected—and bureaucratic unaccountable mismanagement. Alas, centralized control always seems to lead to systemic torpor, while increased competition leads to greater innovation as to policy terms and price—particularly if we can introduce some price competition in the medical sector itself.

I believe the only hope to maintain relatively affordable and accessible health care—based on Hippocratic values— is unleashing the creativity of competition. I don’t want it to be true, but it is.
0
Print
Email
Prev Article
Next Article