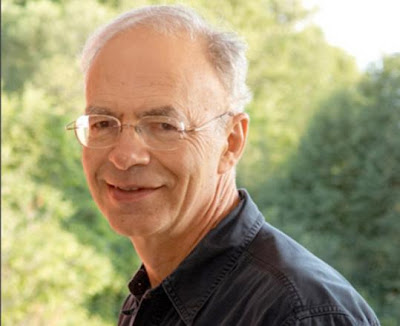 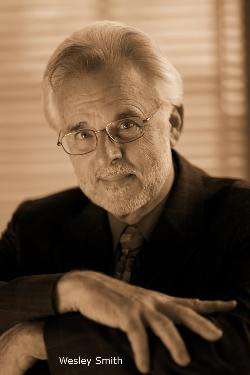 Back in December, Peter Singer and Agata Sagan wrote a piece in the Guardian arguing on behalf of robot rights.  I took exception here as SHS, my headline being, “Robots Will Never be People and Should Never Have Rights.” Singer and Sagan have now taken exception to my exception in the humanist magazine, Free Inquiry (no link), with “No Rights for Robots? Never?” (June/July 2010).

The piece begins by exploring questions about the potential dangers, and the use of robots as servants and performing sex duties. In the second half, they get to the nub of the question, claiming that the “movement for robot rights” would begin once robots were “designed to have humanlike capacities that might incidentally give rise to consciousness.” And that’s where I come in. From the piece:

Wesley J. Smith asserts that it is “fanciful” to think that robots will ever be conscious.  They will, he says, never be people and should never have rights. Never? How could Smith know that?  Because it seems, “We are much more than than mere complex machines. We are alive, for example. Robots would not be.” Unfortunately, Smith doesn’t tell us what it is that distinguishes living things from non living ones. [Discussion of Frankenstein omitted.] Now scientists have already created the basic components of living matter, and creating a whole living organism may be possible.

That might be an interesting discussion to have, but it is a deflection of the point and irrelevant to the question at hand. In the original article, Singer/Sagan did not discuss the engineering of living beings, but of the putative rights of “intelligent machines,” e.g., robots. Then, comes the attack on human exceptionalism:

Smith’s confidence that this will never happen comes from his dogmatic belief in human exceptionalism. Obviously, the fact that we are alive is not enough to make us exceptional. Smith appears to think that it is, instead, the fact that we have free will and robots could not, or not in the same sense.  He also seems to think that a robot could not be conscious. “If a robot could program itself into greater and greater data processing capacities, that doesn’t make it truly sentient, just sophisticated.” Nor could a robot learn in the way that we do: “Human behavior arises from a complex interaction of rationality, emotions, abstract thought, experience, education, etc. That would never be true of robots.

Behind all this appears to lie a denial of the possibility that the human brain could be merely a very complex machine.

They did not want to go there.  If our brains are complex machines, that implies a designer, or a least, a purpose, which is verboten in Singer-style atheistic materialism.  So they quickly pivot and accuse me of religious motives:

It is clear that some kind of religious view is motivating Smith’s hostility to the idea of conscious robots.  If human beings are divine creations, then we could be more than very complex machines. We might, for instance, have that mysterious thing that religious people call a “soul,” given to us by God. But if life on Earth began from the chance interaction of molecules and millions of years of evolution did the rest, then it is hard to see why consciousness, or even the capacity for decision making that we call free will, should be in principle, beyond any machine, no matter how sophisticated.

How disappointing for someone of Singer’s status to slip into that intellectually lazy crutch of arguing against my supposed secret religious purpose, when I never brought religion up, and indeed, think it irrelevant to the question at hand.  Moreover, the rest of the the writers’ argument is nonsensical.  The machines in question would not have just happened into existence via random natural selection.  Rather, they would have been created by us, and designed (most likely) for the specific purpose of mimicking human consciousness and free will.  That argument seems to support my argument, not theirs.

We find it hard to understand why anyone would feel the need to deny the very possibility of an intelligent computer, with as much intellect and free will as we have.  Who knows where science will take us in fifty years?

I don’t have a “need” to deny it.  It offends my sense of intellectual integrity.  Machine consciousness would be a fiction. No matter how sophisticated, what appeared to be free will rationality and consciousness would be merely a direct result of programming installed by that exceptional species that people like Singer so dogmatically and ironically deny is special.

But here is what is really going on beneath the nonsense of robot rights.  Peter Singer is very clear about his intention to destroy Western civilization’s focus on the worth of the human individual in order to replace it with crass utilitarianism in which animals and intelligent machines receive “equal consideration” in determining the propriety of actions and policies.  He is, then, out to obliterate universal human rights. Human exceptionalism stands athwart that agenda.  Thus, on this fundamental point Peter Singer and Wesley J. Smith completely agree: The issue of our times is human exceptionalism.  That now engaged philosophical contest will determine the morality and politics of Western Civilization in the 21st Century.
0
Print
Email
Prev Article
Next Article