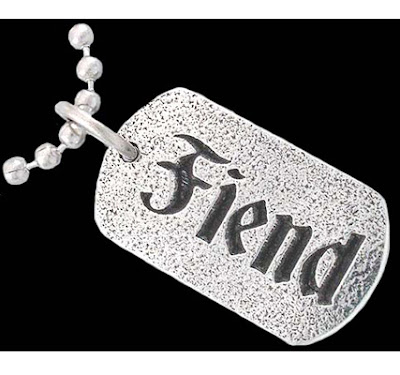 Social outlaws are in the news.  The USA has its Kevorkian.  Canada, its Robert Latimer.  And Germany, “artist” Gunther van Hagens, who plasticizes bodies for display—including a depiction of corpses engaged in coitus.  Now, he’s offering to sell the body parts he doesn’t use.  From the story:

After years of creating controversy with his “plasticised” dead bodies, a publicity-hungry German anatomist dubbed “Doctor Death” went one step further on Friday, offering body parts for sale.  Gunther von Hagenssaid in a statement however that buyers of the human parts must be “qualified users such as doctors, professors, teaching institutes and hospitals.” In a process invented by Hagens, the body parts are skinned and preserved with a synthetic resin, laying bare the naked muscles, nerves and tendons underneath. Dubbed the “Supermarket of Death” by the Bild daily, the centre in Guben, eastern Germany sells items such as a blackened smoker’s lung for 3,600 euros (4,475 dollars), while a testicle costs 360 euros.

The law can’t solve every problem—although I think an investigation of how he gets his bodies and how they died is in order.  But we can shun, including refusing to go to his displays at museums, which would put an end to his “art.”  That we don’t tells us what we are becoming.
0
Print
Email
Prev Article
Next Article