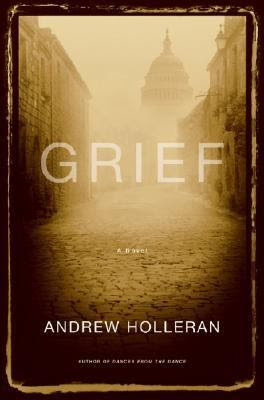 One of my most searing experiences was moving to San Francisco in mid 1992 at the height of the AIDS catastrophe.   To see so many emaciated young men walking down Market Street, on canes or supported by friends looking as if they were as old as Methuselah, was absolutely heartbreaking.

It soon became clear to me that the licentious culture of SF was at odds with true AIDS prevention.  This was confirmed for me one day as I was walking near the Castro District and was stunned to see a sex club open for business.  I was infuriated.  All around me were people dying horribly of AIDS, the pronounced suffering of which I had experienced at close quarters as a volunteer for Project Open Hand.   And yet, at ground zero for a killer disease most often passed sexually, public orgies were allowed and supported by the political establishment on the pretext that it would be easier to get people to use condoms by requiring it in such open settings.

At about this time, to ensure that people could still enjoy the fruits of the sexual revolution, while reducing the infection rate, the patently false term “safe sex” was coined to describe sex with a condom.  The only truly safe sex is that engaged in by mutually monogamous uninfected partners.  Today’s term for intercourse with a condom is “safer sex,” an even more pronounced misnomer, as if that were safer than truly safe sex.  But in the reality of naked biology, sex with a condom is, at best, less safe sex, with unprotected intercourse with other than with a mutual monogamous uninfected partner, being unsafe sex.

A piece in the Public Square feature of FT today gets into this conflict between changing behavior and reducing risk in more detail, focusing mostly on Africa, where it shows that promoting more responsible behavior over (but not exclusive of) condom use, dramatically reduced the rates of infection in Uganda and Kenya.  From “Reducing Risk, Increasing AIDS,” by Matthew Hanley:

Well before western donors and condoms arrived on the scene, Uganda had cut its level of casual sex by two-thirds and subsequently its HIV rate by two-thirds. Several years later, Kenya replicated this success. A few other countries have also done so, with partner reduction always the most important factor.  In sharp contrast, South Africa has maintained high rates of multiple (and concurrent) partnerships and, despite its vigorous promotion of condoms, still suffers from persistently high rates of HIV infection. The same can be said of many of its neighboring countries, which lead the world in the prevalence of HIV, with some 15 to 35 percent of all adults infected. These successes and failures are, tellingly, too often treated in a manner inversely proportional to their merits. Behavior change, though responsible for success, remains the least emphasized approach, while risk reduction invariably receives the benefit of the doubt despite its failure to deliver as promised. Its disappointing results always mean that efforts—along with funding—must simply be doubled.

Uganda practiced ABC, focusing first on A (abstinence), B (be faithful), and only then advocating C (condom use), which we have discussed here previously.  But as Hanley notes, that success didn’t sit well with many in the AIDS establishment, who insist that risk reduction should be the primary focus.  When Uganda listened, rates began to increase again.

For starters, people tend to take greater risks when they feel protected by technical innovation. In a state of the art program in Uganda, for example, those explicitly encouraged to use condoms ended up at greater risk than the control group not exposed to the sophisticated intervention, because they had more sexual partners than those not told to use condoms. People have also been seen to take greater risks when antiretroviral therapy for HIV/AIDS became available. This “risk compensation” or “behavioral disinhibition” is now, fortunately, receiving more attention in scientific circles. It is one reason why vigorous promotion of risk reduction—even if it “works” in isolated cases—can do more harm than good. The “common sense” presupposition that condoms will decrease infection rates does not easily give way to the common sense observation that promoting devices capable of reducing risk encourages people to take more risks.

We see the truth of Hanley’s advocacy in the USA, where despite the great increase in condom use, the new HIV infection rate has not gone down, but remains level at about 40,000 per year, with some 15,000 people still dying each year from the disease.  If the current treatments cease to be effective, we will see a return to the community killing horrors of San Francisco circa 1992.

This has nothing to do with sexual morality.  It is about public health and personal safety.  That a post like this is very politically incorrect, I think, tells us a great deal about the appalling state of our first priorities.
0
Print
Email
Prev Article
Next Article