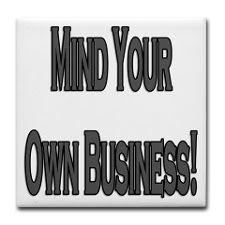 The sheer arrogance of the leaders of the  California Institute of Regenerative Medicine is such that they seem to be practicing for the coming oligarchy rather than participating in an institution of democratic governance.  Recently, it met—apparently in secret and in violation of open meeting laws—and refused to permit observers to attend.  From California Stem Cell Report:

Here is the account that Stevens and Beeson sent to the California Stem Cell Report. “On Monday, June 14 we went to San Francisco’s Sutter Street Marriot Hotel to attend the CIRM - Medical Research Council Human SCNT Workshop. Both academics with long-standing interests in women’s health and research policy, we were heading for the session on, ‘Procurement of Human Oocytes: What has been the Experience to Date?’ Despite the fact that there was no public notice of an upcoming workshop on a topic of sustained interest to women’s health advocacy groups, we heard about it via the grapevine and decided to attend. But upon arrival, we were barred at the door. The session on egg procurement had been switched to an earlier morning time slot and already had taken place, we were told. Our printed agenda was outdated. Further, we would not be granted entrance to the meeting underway. Why? It was closed to the public because conferees maintain concerns over protecting their intellectual property. Questions remain. What intellectual property concerns could there be over oocyte procurement policy? Why was the agenda switched up? Why wasn’t a workshop concerning egg donation posted on the CIRM website in the first place when the topic is known to be of serious concern to the public, especially to women’s health advocates?”

The CSCR obtains a lame excuse from the CIRM and analyzes the legalities of the situation (probably not legal), which you can read for yourselves, and concludes:

Legalities aside, it is not in CIRM’s best interest to bar persons from any of its sessions – not to mention that it is not in the best interests of the people of California. CIRM needs to do more than meet the minimum standards of the state’s sunshine laws. To fail to do so will create a record that will surely harm CIRM’s public support and hamper its efforts to secure more funding after it runs out of the $2 billion it has left to spend.

I hope they don’t raise another dime because that just means we will be that much deeper in debt, plus interest.

It’s very simply, really.  The CIRM demands billions of our borrowed money—as the state implodes financially—while, at the same time, they tell us to mind our own business.  So much for the transparency we were promised during the Proposition 71 campaign. Good for the California Stem Cell Report for being such a valuable and committed watchdog over an out of control institute that is helping bankrupt the state.
0
Print
Email
Prev Article
Next Article