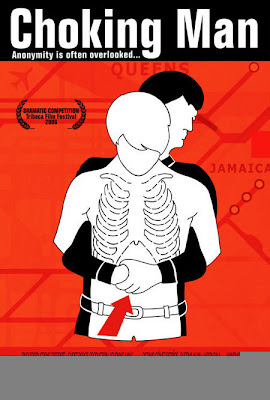 A global warming alarmist from Australia named Tim Flannery, who was Chairman of the Copenhagen Climate Council, was interviewed about his own hysterical predictions that haven’t, shall we say, panned out.  Flannery’s back peddling was so furious it could become a new source of renewable energy.  From the story:

Bolt: Well, let’s go through some of your own claims. You said, for example, that Adelaide may run out of water by early 2009. Their reservoirs are half full now. You said Brisbane would probably run out of water by 2009. They are now 97 per cent full. And Sydney could be dry as early as 2007. Their reservoirs are also more than half full. How can you get away with all these claims?

Flannery: And thankfully, Andrew, governments have taken that to heart and been building some desalination capacity such as in Perth.

Bolt: Only in Perth.

Flannery: No, there’s plans in every capital city.

Bolt: No, no, no, you said Brisbane would run out of water possibly by as early as 2009. There’s no desalination plant, there’s no dam.

Flannery: What I have said is that there is a water problem. They may run out of water. And ...

Flannery: That’s a lie, Andrew. I didn’t say it would run out of water. I don’t have a crystal ball in front of me. I said Brisbane has a water problem.

Bolt: I’ll quote your own words: “Water supplies are so low they need desalinated water urgently, possibly in as little as 18 months.” That was, on the timeline you gave, by the beginning of 2009. Their reservoirs are now 97 per cent full.

Flannery: Yeah, sure. There’s variability in rainfall. They still need a desal plant.

See, this is what hysterics do, make dire predictions to panic us into following their lead NOW!  BEFORE THE EARTH IS DESTROYED!.  But the scare scenarios are usually twenty or so years out.  Flannery’s mistake was to predict them at a time when he could actually be called to account in the here and now.  Having learned that lesson, he really tap dances about being drowned by the rising sea:

Bolt: You warn about sea level rises up to an eight-story building. How soon will that happen?

Flannery: Asking that question is it’s a bit like asking a stock analyst when the next stock market crash is going to happen and how big it’s going to be. No one can. We can all see the underlying weakness in the market in the months before the crash.

Flannery: Could be thousands of years.

Bolt: Tens of thousands of years?

Flannery: Could be hundreds of years.

Flannery: It could be hundreds of years. The thermo- dynamics of ice sheets are very, very difficult to predict, but what we do know when we look back is the fossil record is that when the world is a degree or two warmer than it is now seal levels rise very significantly-between four and 14 meters above where they are. We can’t say how long it takes for that rise to happen because the fossil record just isn’t good enough, it isn’t accurate enough...

Flannery was once for nuclear power in Australia. Now, he’s against it, but oh gee, he has a financial stake in alternative methods. Ha! No wonder Al Gore doesn’t give interviews.
0
Print
Email
Prev Article
Next Article