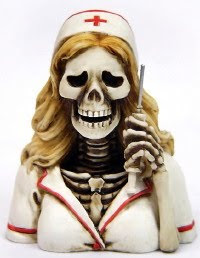 Belgium has followed the Netherlands in jumping off a vertical moral cliff by embracing legalized euthanasia.  The awful consequences that I predicted are now coming to pass; a steady increase in the number of cases, inadequate reporting, and a large percentage of non voluntary euthanasia deaths.  Thus, I am anything but surprised by the study I analyze below, which echoes an earlier one reported here at SHS, that nearly as many Belgian euthanasia killings are non voluntary as of those that are voluntary (the concept of “voluntary” in this context being highly problematic, but let’s not deal with that here).

Why might that be? Euthanasia consciousness rests on two intellectual pillars—that killing is an acceptable answer to human suffering, and radical individualism in which we all own our bodies and have the absolute right to do what we wish with it, including make it dead.   But interestingly, the latter idea—often reduced to that most effective of all soundbites, “choice”—turns out to be far less robust than the acceptance of active killing as a proper method of ending suffering.  In other words, once a society accepts killing as the answer to suffering, the request element becomes increasingly less important as doctors assume they are doing what is best for the patient by extinguishing their lives.

This has been the case in the Netherlands for for decades.  Amazingly, the phenomenon of “terminations without request or consent” is even worse in Flanders, Belgium.  In the present survey of nurses, not only were nearly as many patients euthanized without no request—120 in this survey—as those who asked to die—128 in this survey—but often doctors have nurses do the dirty work—and they aren’t supposed to engage in euthanasia at all.  From a study published in the Canadian Medical Association Journal (download the PDF to see whole article):

Second, we wonder why nurses more often administered the life-ending drugs in cases without an explicit patient request than in cases of euthanasia. Perhaps nurses took a more active role out of concern for frailer patients who could no longer communicate, or for very old patients because physicians are more reluctant to give assistance in dying when dealing with these patients.30 Further, in cases of euthanasia, communication between the physician and the patient is common.


When the patient can no longer communicate, nurses are, by the nature of their work, more directly confronted with the patient’s suffering and may therefore wish to take a more active role in life-ending acts.  We also have to consider that the administration of life-ending drugs without the patient’s explicit request may have included situations of terminal sedation or an increase in pain alleviation, in which the delegation by physicians to nurses to administer the drugs is considered common practice. Finally, although about half of the nurses’ reports indicated that there was no explicit request from the patient, it should be stated that the physicians and nurses probably acted according to the patient’s wishes. 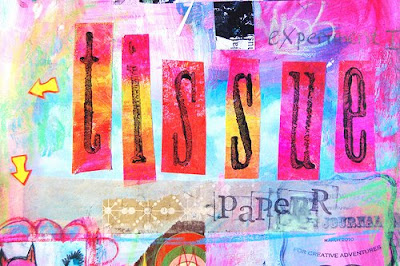 Not if they weren’t asked!  This goes beyond terminal non judgmentalism to actively justifying illegal acts, and proves that once the euthanasia monster is let out of its cage, the “guidelines” and “safeguards” become less protective than wet tissue paper, not only in the country where euthanasia occurs, but among professional studies of the practices.

And catch this bland conclusion:

By administering life-ending drugs at the physician’s request in some cases of euthanasia, and even more so in cases without an explicit request from the patient, the nurses in our study operated beyond the legal margins of their profession. Future research should closely monitor and examine the involvement of nurses in these practices nationally and internationally to allow comparisons between countries with and without euthanasia legislation.

Talk about missing the obvious point.  Here’s the proper summary:  “This  study shows that euthanasia poisons everything it touches. Legal guidelines don’t protect vulnerable patients from abuse once euthanasia is legalized. Moreover,  nurses are particularly susceptible to being caught up in acts that are illegal when doctors, who many not wish to take the final life-ending act themselves, order them to carry out the termination.  We also note that this study demonstrates that once killing becomes part of the medical armamentarium, it leads directly to patient abuse and medical criminality.  This study highlights a reason why legalizing euthanasia is bad ethics and ever worse public policy.”
0
Print
Email
Prev Article
Next Article