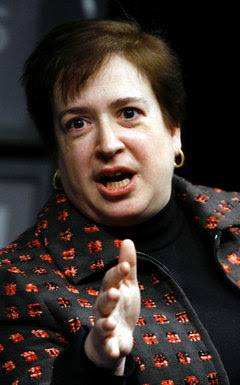 The really invaluable Yuval Levin has a post over at The Corner which shows that the American College of Obstetricians and Gynecologists (ACOG) allowed its position on partial birth abortion to be written by—Elana Kagan.  From his post, “War on Science:”


It seems that the most important statement in the famous position paper of the American College of Obstetricians and Gynecologists—a 1996 document that was central to the case of partial-birth-abortion defenders for the subsequent decade and played a major role in a number of court cases and political battles—was drafted not by an impartial committee of physicians, as both ACOG and the pro-abortion lobby claimed for years, but by Elena Kagan, who was then the deputy assistant to the president for domestic policy.

What’s described in these memos is easily the most serious and flagrant violation of the boundary between scientific expertise and politics I have ever encountered.

Astonishing.  When medical or scientific groups are that politicized, they destroy all faith in their expert opinions.  And what does it tell us about the Supreme Court Justice Select?

Update: Today (7/1), Kagan was asked by Senator Hatch whether she “wrote” the memo in question.  She tried to skate away, for example saying she was “aware” of it.  When Hatch kept pressing, Kagan finally said, “It certainly is in my handwriting.”  Good grief.