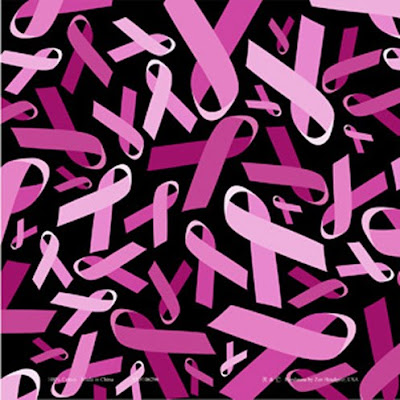 The not so nice NICE has done it again, refusing to cover an effective life-extending drug called Lapatinib, approved by the FDA since 2007 (meaning it isn’t experimental), that can extend the lives of late stage breast cancer patients.  And in this cruelty, is seen vividly the Obamacare future if we don’t revoke the NICE-like powers over both private and public insurance granted under the new law.  From the story:

LONDON, June 9, 2010-Today the National Institute for Health and Clinical Excellence (NICE) issued its Final Appraisal Determination (FAD) advising against NHS funding for oral Tyverb (lapatinib) in combination with Xeloda® (capecitabine) for the treatment of an aggressive form of advanced breast cancer (ErbB2/HER 2 - positive)...There are no other licensed ErbB2 targeted treatment options available to suppress the advanced disease once it has stopped responding to trastuzumab. Tyverb has demonstrated that it may increase survival by around three months, compared with capecitabine alone...The decision from NICE sets the UK apart from much of the rest of Europe. Lapatinib is currently funded in 18 countries including Czech Republic, Iceland, Ireland, Slovakia and Slovenia where it is actually more expensive than in the UK.

Dr Alison Jones, Medical Oncologist at the University College London Hospital and the Royal Free Hospital commented: “NICE’s decision places the UK in contrast to other European countries, which allow access to this much needed treatment option for their patients. This is an effective oral treatment that can offer significant extra time and is the only option for some women. Meeting colleagues this week during ASCO, one of the world’s leading cancer meetings, and hearing how treatments such as lapatinib are internationally the standard of care at this stage of the disease, highlights the gulf developing between provision of cancer drugs in the UK and other comparable countries.” The Royal College of Physicians has also expressed disappointment at the ruling for patients, describing lapatinib as an ‘effective therapy that is very likely to make a difference to their overall quality of life, contribution to society and survival.’

Not according to the bureaucrats’ callous mathematical calculations and discriminatory quality of life judmentalism charts.

This is the cost of the kind of centralized control that now threatens  quality of care in the USA.  We cannot allow rationing to become part of the American health care system. Revoke. Reform. Replace. Defund.
0
Print
Email
Prev Article
Next Article