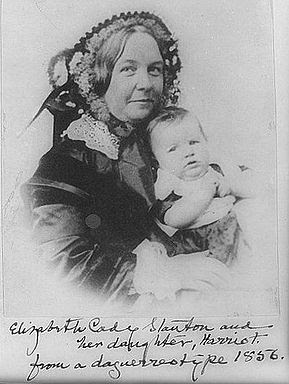 It has always seemed to me that feminism was about women deciding what they want to do and be.  The hitch has been the abortion issue. The first (what we now call) feminists, who cut their advocacy teeth in Abolitionism that sought to expand membership in the moral community, were generally (what we now call) pro life. Thus Susan B. Anthony and Elizabeth Cady Stanton opposed abortion as a form of oppression of women and the “evil” of infanticide.

Contemporary feminists, of course, took the opposite course on this volatile issue.  To them, the female reproductive function kept women locked in the ball and chain, and so to be truly liberated, abortion was—as one polemic put it—a sacrament. And that became the conventional wisdom. Pro life women could not be feminists and real feminists would never be pro life.

But Sarah Palin (among many others) didn’t care about the conventional wisdom. She recently laid claim to the feminist label for herself and other pro life female politicians—and the fur (please forgive me) began to fly.

I tend to believe that ideas and actions matter rather than the name tag stuck to one’s lapel or dress collar, and so I really haven’t paid close attention to the fight over the feminist label.  But I thought (pro choice) pundit Kathleen Parker—who has certainly been no fan of Palin—made a very valid point in her Washington Post column about this controversy. From “A Feminism That Spans From Palin to Pelosi:”

The reason Palin so upsets the pro-choice brigade is because she seems so content with her lot and her brood. [Me: particularly for giving birth to Trig, who has Down syndrome.] One can find other reasons to think Palin shouldn’t be president, but being a pro-life woman shouldn’t be one of them... 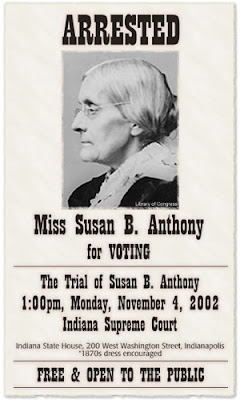 Obviously, the forming human life is destroyed, and thus I also can make a human rights argument against abortion. I think we should. That other women, such as Palin, want to reframe the abortion debate in new feminist terms, arguing that abortion hurts women and is, therefore, anti-woman, doesn’t bother me a bit. And it shouldn’t bother older-school feminists.

Equality, after all, means that every woman has a voice.

Indeed. It seems pretty clear to me that this century is going to be dominated by women in the professions, business, and political leadership, as well as more traditional pursuits.  I always thought that was what feminism sought to achieve.  Trying to force all “feminists” into a  political straight jacket about one of the most crucial moral issues of our times—and indeed, one that would definitely not fit the founding mothers of the movement like Anthony/Stanton—is actually the epitome of anti feminism.
0
Print
Email
Prev Article
Next Article