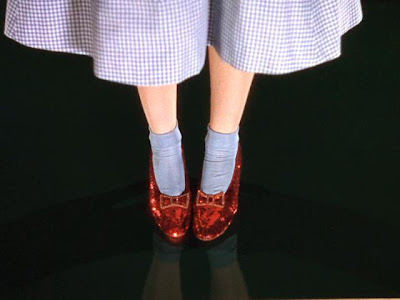 I am in Sydney Airport waiting for the first leg of an 18 hour trip home.  I thought I would reflect on the last two very busy and intense weeks, and what I hope was accomplished.

The last time I was asked to tour Australia, in August 2001, it was to blunt the moral outlawry of Phillip Nitschke.  In what was probably my most successful advocacy effort ever, we hit him hard for advocating that suicide be made available to “troubled teens,” and exposed his import of a plastic suicide bag from Canada—an effort that started a process that resulted, after I left the country, in the government outlawing such dangerous suicide paraphernalia.

This time, the trouble comes from a different source.  As in the USA and elsewhere, advocates of euthanasia have adopted a professional model, with very well tailored—usually female—elites pitching the poison to other elites.  In other words, advocacy has substantially shifted from a bottom/up approach, (e.g., in the USA Hemlock Society), to a top/down model, e.g., (in USA) Hemlock morphing into Compassion and Choices.   That presents different challenges and advocacy methods, a process I was brought here to help begin, and I think we made a good start. (Legalization activists claim that bringing law and transparency to the process will undermine the moral outlaws. The opposite is actually true.  No matter what categories of mercy killing are legalized, the Nitschkes and Kevorkians will still operate outside the boundaries, pushing an ever widening killing license.)

As I posted earlier, the legalization proposals here are more radical than those in the USA.  First, in South Australia and Western Australia, there is no pretense of assisted suicide.  It is flat out euthanasia, meaning these proposals would turn doctors into killers, and moreover, that how-to-kill-your-patients classes would have to be taught in medical school and in continuing education.  The proposals would also turn doctors into liars by requiring them to list a false cause of death on official documents, e.g., the underlying condition rather than the actual cause of a lethal jab.

As I pointed out in speech after speech, in the  media, and to anyone who would listen, such a course isn’t just about the individual patient involved—but would change society itself.  It would alter the way we look at the elderly, people with disabilities, the ill, and the despairing.  Considering that Australia is also experiencing health care reform difficulties, if society ever came to see euthanasia as a cost containment measure—after all, what could be a cheaper “treatment” than killing?—or even as a new source of organs—as has begun to occur in Belgium—it would give the whole a stake in killing off its weaker  and vulnerable members.

Finally, as I head back to the USA, I am filled with tremendous warmth and affection for Australia as a whole, and most particularly, for all the people I met, who spent time listening to me, speaking to me, and driving great distances (some SHSers!) to see me.  Australia is a superb and beautiful country with energetic, dynamic, diverse, and friendly people.  I look forward to coming again someday.

Still, there is no place like home. Once I’m over my reverse jet lag, I’ll post a few photos I took here, and more on my Facebook page.  Until the flying is done, over and out.