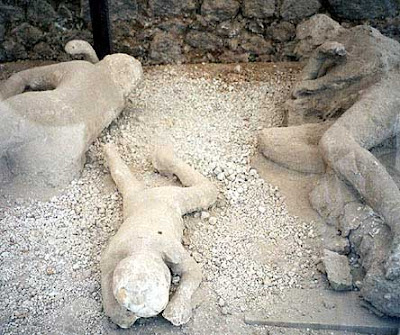 By rejecting human exceptionalism, modern bioethics threatens to destroy human equality and expose the defenseless to killing and exploitation. Take infanticide, which Peter Singer—among others—asserts should be permitted if the baby does not meet the utilitarian interests of the family.  And indeed, in the Netherlands and Flanders, studies show infanticide is ongoing—based on compaaasssssssion, of course.

Infanticide is nothing new. The Romans exposed disabled babies on hills and murdered unwanted infants.  More proof of this was recently uncovered in the UK, where a mass grave of murdered infants from the Roman times was uncovered.  From the story:

An extensive study of a mass burial at a Roman villa in the Thames Valley suggests that the 97 children all died at 40 weeks gestation, or very soon after birth. The archaeologists believe that locals may have been killing and burying unwanted babies on the site in Hambleden, Buckinghamshire.  Unwanted pregnancies were common in Roman brothels due to little contraception and Romans also considered infanticide less shocking than it is today.Infants were not considered to be human beings until about the age of two and were not buried in cemeteries if they were younger than that.

Peter Singer has asserted that an infant is not a “person” until about 1 year of age, which, if adapted as a policy by society, would deny infants and babies the right to life.  And this is considered a modern, forward looking view.

And the moral of the story?  Rejecting human exceptionalism would lead directly to a return of barbaric practices and beleifs that the West rejected long ago as brutal and unenlighted.  Or, to paraphrase the old song, everything old is threatening to be new again.