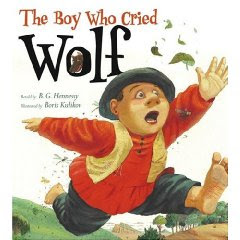 Some commentators are claiming that the FDA’s review of its earlier approval of the chemotherapy drug Avastin for the treatment of metastatic breast cancer is “death panel” rationing.  I don’t think we know that—at least based on the Washington Post report about the controversy.  From the story:

Federal regulators are considering taking the highly unusual step of rescinding approval of a drug that patients with advanced breast cancer turn to as a last-ditch hope. The debate over Avastin, prescribed to about 17,500 women with breast cancer a year, has become entangled in the politically explosive struggle over medical spending and effectiveness that flared during the battle over health-care reform: How should the government balance protecting patients and controlling costs without restricting access to cutting-edge, and often costly, treatments?  The Food and Drug Administration is reviewing the recommendation of influential scientific advisers to revoke authorization of the drug to treat metastatic breast cancer. Contrary to initial research, new studies indicate that the benefits of the drug, which costs $8,000 a month, do not outweigh its risks, the advisory panel concluded.

The monthly cost is irrelevant to its effectiveness.  But the cost doesn’t seem to really be the issue:

Citing a dearth of evidence of the drug’s effectiveness, its potential toxic side effects, and its high cost, many cancer experts, patient advocates and others are welcoming the prospect that Avastin’s authorization for breast cancer might be repealed. But the possibility is alarming other cancer specialists, women taking the drug, some members of Congress and advocates for giving patients as much access to as many treatments as possible.

This—meaning efficacy—is a factual question and should be reviewed if there is a meaningful question that it really works for breast cancer like it unquestionably does for other cancers.  Indeed, that’s the FDA’s job. The cost issue has to do with whether health insurance and Medicare will cover the drug for use in breast cancer if FDA withdraws approval.  The FDA should not take that matter into account one way or the other.

Bottom line: If approval is withdrawn because it doesn’t work—that’s not rationing.  If approval is revoked based on cost/benefit—even though it does extend lives—that would be rationing.  So, let’s chill until we find out.  We don’t want to be the Little Boy who cried, “Wolf!”
0
Print
Email
Prev Article
Next Article