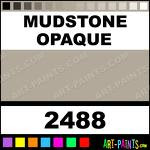 Donald Berwick, the would be health care rationier brought in by an opaque-purposed recess appointment to avoid having to answer pointed questions at a senate hearing, has recently been very enthusiastic in his praise of NICE—the NHS rationing board that uses the the quality adjusted life year (QALY) in making its decisions.  From an interview he gave to Biotechnology Health Care in 2009:

The United States is not the only country struggling with healthcare costs. The National Institute for Health and Clinical Excellence (NICE) in the United Kingdom and also, to some extent, the Institut National de La Sante in France have developed very good and very disciplined, scientifically grounded, policy- connected models for the evaluation of medical treatments from which we ought to learn.

That is a very specific endorsement of NICE, which he says ludicrously, doesn’t hurt people-when clearly those denigrated by the utilitarian bioethicists and bean counters as having a poor quality of life have been subjected to deadly restrictions or actions.

Before Berwick was permitted to sit in such a powerful post with the influence to exert great sway over the promulgation of Obamacare/Medicare/Medicaid regulations, these issues should have been subjected to a through airing  for the public to see and judge. But that is clearly the last thing our overseers in Washington wanted, evidence by the refusal by the leaders of the senate to permit public confirmation hearings—twice, now—by the president resorting to a recess appointment when he has a 59-41 Democratic majority in the senate, and by Berwick refusing subsequently to answer questions (no doubt under orders from above).

Back to the interview. Here is where he explicitly endorses rationing:

The social budget is limited— we have a limited resource pool. It makes terribly good sense to at least know the price of an added benefit, and at some point we might say nationally, regionally, or locally that we wish we could afford it, but we can’t. We have to be realistic about the knowledge base. The degree to which that is linked directly to policy and decision is a matter of choice. You could make it advisory, or you could make it mandatory, or you could make it a policy rule. But to remain ignorant of the cost implications of a drug that is marginally better than what is already out there is simply bad policy...

We can make a sensible social decision and say, “Well, at this point, to have access to a particular additional benefit [new drug or medical intervention] is so expensive that our taxpayers have better use for those funds.” We make those decisions all the time. The decision is not whether or not we will ration care — the decision is whether we will ration with our eyes open.  And right now, we are doing it blindly.

No one is against CER so that educated choices can be made between physicians and patients. But many of us are against abusing CER to excuse depriving people of efficacious treatments—particularly if, as with NICE, it is based on quality of life discrimination. Later in the interview, he tries to mix his signals when asked “if mandatory compliance could be dangerous:”

Yes, if you overdo the tightness of the connection between the knowledge of effectiveness and the rules of compliance. Then you get into the “proletarianization” of medicine — physicians, payers, and patients being told what to do instead of being able to use their own judgment. There’s a balance here between advisory declarations with enough knowledge that they really have some force and requirements.

Isn’t that like being a little bit pregnant?  Moreover, this hedge seems directly contradictory with his earlier statements about rationing that would require legal force to work—which is why it is called government rationing.

Should we have this discussion?  Absolutely.  But by hiding Berwick under a rock, Obama is trying to avoid the very debate that, ironically, would have to be won if the American people are ever to get behind a NICE type rationing regime.  I guess having lost the political contest over Obamacare so badly, POTUS and Congress clearly don’t want to risk another drubbing.

Bottom line: Until we get true openness, respect for democratic processes, and a chance to have essential questions answered about this issue and Berwick’s positions on them, he and the bureaucrats should be thwarted at every turn on this particular issue. I hope that after November, the administration will no longer be able to run nor to hide from the people. Perhaps then we will get the answers we deserve.
0
Print
Email
Prev Article
Next Article