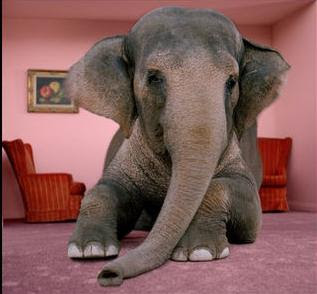 Oregon’s suicide rate is 35 percent higher than the national average. The rate is 15.2 suicides per 100,000 people compared to the national rate of 11.3 per 100,000. After decreasing in the 1990s, suicide rates have been increasing significantly since 2000, according to a new report, “Suicides in Oregon: Trends and Risk Factors,” from Oregon Public Health. The report also details recommendations to prevent the number of suicides in Oregon. “Suicide is one of the most persistent yet preventable public health problems. It is the leading cause of death from injuries – more than even from car crashes. Each year 550 people in Oregon die from suicide and 1,800 people are hospitalized for non-fatal attempts,” said Lisa Millet, MPH, principal investigator, and manager of the Injury Prevention and Epidemiology Section, Oregon Public Health.

That is bad, but these are phony statistics that under count the actual toll by about 10% since they don’t include assisted suicides—which have been redefined legally in Oregon as not suicide.  But they are suicides no matter what they are called and whether or not they are counted as such by the state.  I think that matters.

And note the absence of mention of assisted suicide in methods for prevention:

The report also contained recommendations to reduce the number of suicides, including universal depression screening by health care providers, particularly for youth, veterans and seniors; expanded prevention efforts across all ages focusing on men in particular; complete statewide implementation of comprehensive suicide prevention in high schools; identification of appropriate approaches that engage and enable men to identify depression as a manageable condition; and the promotion of community,
business, family and individual tools to support successful self management. Also families and individuals should remove guns from homes when a family member is suicidal. Health care providers should counsel family members and individuals at high risk for suicide to remove guns from their homes.

How about also removing lethal prescriptions?

Here’s something that should be looked into by mental health professionals: When a state has a pro suicide policy for some people, does it become harder to tell other suicidal people that suicide is not the answer? I don’t see how it wouldn’t.  Maybe one helpful change that could improve Oregon’s lamentable suicide rate would be for its leaders to begin speaking out against assisted suicide—even if it remains legal.  That would at least put some consistency into official efforts at suicide prevention.
0
Print
Email
Prev Article
Next Article