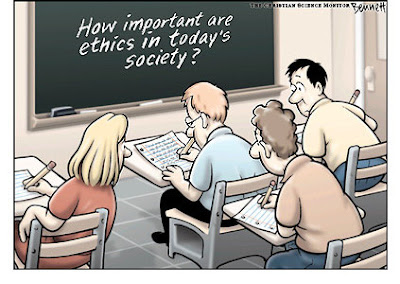 Perhaps the worst things President Obama did when he rescinded President Bush’s ESCR funding policy, was that he also revoked a non controversial Bush order that required the NIH to give funding priority to finding sources of pluripotent stem cells that do not destroy embryos.  At the time, I found the revocation puzzling since it was the very kind “reach across our bitter cultural divides” policy that Obama promised as a candidate. But in the intervening year and a half, he has consistently refused to pursue such bridge building as a president, so I guess it is hardly surprising that he would dismantle his predecessor’s good construction.

Meanwhile, IPSCs continue to advance in most categories.  Indeed, they now fulfill one of the hopes proposed for human cloning research—the ability to create tailor made, patient/disease specific cells for study. From the story in today’s San Francisco Chronicle:

Six months ago, Roche Holding AG scientists disrupted the rhythmic beating of heart muscle made from stem cells by adding a cancer drug to it, duplicating in the laboratory a side effect previously only seen in patients. The experiment showed that human tissue grown from stem cells can mimic side effects of medicines seen in people. Pfizer Inc., the world’s biggest drugmaker, and GlaxoSmithKline Plc also are testing the method to see if it can weed out dangerous products years before human trials start and save billions of development dollars.

It could also lead to a reduced need to use animals in research, which would be terrific. The cells in question are IPSCs.

More evidence that IPS cells can create heart cells for short-cut drug testing came when the Roche team used them to confirm cardiac toxicity from an antiviral medication it had been developing, said Kyle Kolaja, global head of predictive toxicology screens and emerging technologies for Switzerland-based Roche.

The company had already abandoned the drug two years ago after tests in rodents and rabbits showed it caused side effects in the heart. Had stem cell-derived heart tissue been available then, Roche could have pulled the plug early, Kolaja said. Making stem cells from the skin of adults rather than embryos also makes it much easier to create cell lines that are ethnically diverse, letting researchers better judge the safety of drugs. Human heart cells that beat in a dish have never before been available in large quantity and consistent quality, said Jason Gardner, head of the stem cell drug performance unit at London-based Glaxo.

Some will say that without ESCR, there would have been no IPSCs.  Perhaps.  But Thomson used Bush approved cell lines for his research into IPSCs and I don’t believe Yamanaka used any human ES cells at all.

Be that as it may, the fighting will go on over the extend of, and rules governing, federal funding of ESCR.  Moreover, stories like this add much ammunition to those of us determined to prevent federal funding of human cloning (SCNT), and indeed, are working to outlaw that technology in the USA and elsewhere at every opportune moment.

Meanwhile, Bush’s approach to finding a common way forward that combines good ethics with good science has been validated.  Perhaps Obama could learn something and reinstate Bush’s policy  giving funding priority to ethical sources of pluripotent stem cells such as the IPSC.