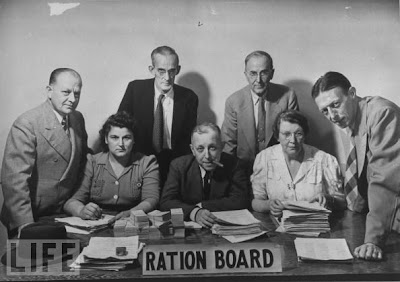 I got a big chuckle a few weeks ago when the NYT editorialized against rationing supposed fear mongering—and then pushed rationing.  Well, the Old Gray Leftie Lady is at it again, claiming that the  rationing comparative effectiveness panel established by Obamacare  is not—listen to us!—not about rationing.  Got that?  It’s not!

Yes, of course, there’s a “but.”  From, “Are New Medical Treatments Always Better?”

No one wants to bar patients from getting the treatment they need. But without curtailing the use of unnecessary, overly costly and even dangerous new technologies and surgical procedures, there is little hope of restraining the relentless rise in health care costs. That is a truth that American politicians and taxpayers cannot afford to ignore for much longer.

Curtailing based on lack of efficacy? That’s already done.  Also, experimental treatments aren’t covered.  But what the Times is really after is cutting coverage based on quality of life cost/benefit judgmentalism. That is precisely where all this is leading—as in the UK’s NICE.

The editorial tries to hide this behind some tall trees, such as discussing findings that a prostate cancer blood test isn’t particularly reliable. (My doctor and I discussed that point in deciding whether to get the test. I decided to be tested despite the risk of false positives precisely because it sometimes does catch prostate cancer.  Should I have been denied coverage for a diagnostic screening test that works?  I think not.)

After  huffing and puffing protests that the rationing board can’t really ration, the editorial reveals its true pro rationing hand:

The law says the secretary of health and human services cannot deny Medicare coverage of services “solely” on the basis of comparative effectiveness research, but it does not prevent the use of such findings in conjunction with other factors in making coverage decisions. Those decisions generally influence what private insurers cover as well.

The secretary needs to press the panel to get the research going and then begin including the findings in Medicare coverage and reimbursement decisions. Critics will howl. If the panel does its job right — and politicians have the courage to make the case — both patients and taxpayers will benefit.

Once again the NYT pretends to be against rationing, but pushes for it.   But most Americans disagree and we won’t let it fly.

Post Script: About ten years ago the bioethicist, Daniel Callahan, wrote a book suggesting that we spend less on cutting edge medical research precisely because all those new drugs and treatment modalities add substantially to medical costs, a point about medical expenses that the Times editorial also made.  If the NYT wants to have that discussion, then let’s.  But that would put embryonic stem cell and cloning research on the federal funding chopping block—and the Times would never stand for that.
0
Print
Email
Prev Article
Next Article