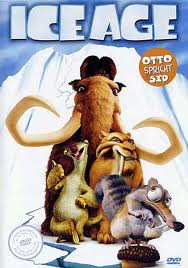 Apparently Polish scientists think Europe will have the coldest winter in 1000 years, and that we may even be on the verge of another ice age.  The Russians seem to be taking the forecast seriously. From the story:

Forecasters say this winter could be the coldest Europe has seen in the last 1,000 years. The change is reportedly connected with the speed of the Gulf Stream, which has shrunk in half in just the last couple of years. Polish scientists say that it means the stream will not be able to compensate for the cold from the Arctic winds. According to them, when the stream is completely stopped, a new Ice Age will begin in Europe.

So far, the results have been lower temperatures: for example, in Central Russia, they are a couple of degrees below the norm. “Although the forecast for the next month is only 70 percent accurate, I find the cold winter scenario quite likely,” Vadim Zavodchenkov, a leading specialist at the Fobos weather center, told RT. “We will be able to judge with more certainty come November. As for last summer’s heat, the statistical models that meteorologists use to draw up long-term forecasts aren’t able to predict an anomaly like that.” In order to meet the harsh winter head on, Moscow authorities are drawing up measures to help Muscovites survive the extreme cold.

Oh no! Back to the SUVs!

I guess we should call this global cooling hysteria.  Which raises a question: Why does everything involving weather and climate have to be described in apocalyptic terms?  Perhaps the Poles just wanted to validate the wisdom of the new Obama global warming hysteria slogan, “global climate disruption.”

I am extremely skeptical about this, although a harsh winter is also predicted for the UK.  But I am putting down this marker so that six months from now we can check.
0
Print
Email
Prev Article
Next Article