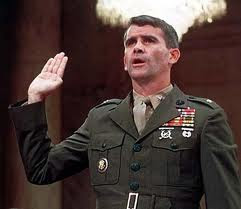 I am a gadfly against what I consider to be global warming hysteria. But this post is different. I am trying to be helpful to the people with whom I disagree. I am not kidding. So please read this post in the spirit in which I have written it.

Too Much Protection and Political Cover: That is one of the primary problems that those who believe in catastrophic, man-made global warming have in trying to convince the American public that their dire predictions are not exaggerated or, well, hysteria.  Here’s what I mean.  Global warming has been an agenda of the “in crowd,” meaning that warming proponents have generally not been subjected to intense and skeptical scrutiny—not by most journalists, not by the Science Establishment, and certainly not by politicians. Indeed, witnesses such as Al Gore have been able to basically set their own rules when they deigned to appear before Congressional Committees, and even barred media and questions from the audience during public speeches!  And certainly, our current political leaders have generally cooperated with the stage managing in puff hearings and stacked deck committees.

But that could change if skeptics take control of one or both houses of Congress. And that prospect has NatureNews concerned.  From “U.S. Midterm Elections: A Chilly Season for Climate Crusaders:”

If Republicans take the House or Senate, US climate scientists could be targeted for investigations that challenge findings related to global warming. In the House, Darrell Issa of California, the ranking Republican on the House Committee on Oversight and Government Reform, has promised to give climate science “a careful relook”. In the Senate, long-time climate sceptic James Inhofe (Republican, Oklahoma) would relish the opportunity to subpoena climate scientists for hearings before the Committee on Environment and Public Works, which he is likely to chair if Republicans take control.

And the problem with that is, what?

It strikes me that if the world is really in danger of a climate Apocalypse, this is the very kind of scrutiny and high visible confrontation that global-warming-believing scientists and their supporters should not only want, but relish.  It the case is so clear, if global warming isn’t just a hypothesis, not just a theory, but a fact, why what better way to prove the point and regain the initiative than in a high profile, high stakes, and probably televised Congressional hearing?  Remember Ollie North?  His testimony in front of a very hostile committee  materially changed the trajectory of the Iran/Contra Scandal, that looked to be moving toward a possible impeachment.

Here’s another example of what I mean: I think assisted suicide is a terrible policy, that it is abandonment and threatens universal human equality and human rights.  I don’t just spout that view from on high, or here at SHS where I can fly above the fray if I wish. I speak all over the world about it, and sometimes in very hostile venues.  A few years ago, I testified in a California Senate Judiciary Committee hearing against an assisted suicide legalization proposal both sides thought sure to pass—and was really put on the grill by very seriously committed legislators.  It wasn’t fun.  It was very hard, in fact.  But, I thought it was important enough to take the heat.  And you know what, we unexpectedly won that fight, in part, because we were willing to expose ourselves and our ideas to hostile interrogation, and passed through the crucible.

But proponents have avoided such tough cross examinations. They have attempted to unilaterally declare the debate to be over.  They have hidden behind stacked deck appearances, few tough questions allowed.  And that is one reason—not the only reason, but one—that people are quite skeptical about what the global warming alarmists are pitching. If the warmists aren’t willing to fry, perhaps that’s because things aren’t really as bad as they claim.
0
Print
Email
Prev Article
Next Article