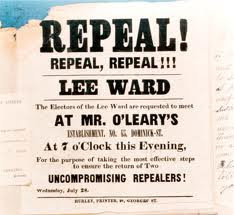 A story in The Hill—one of the main newspapers serving the U.S. Capital—once again shows how unpopular Obamacare is in the country.  The polling covered districts that are closely contested in the coming election.  The result?  The call to repeal Obamacare is very popular with most groups except Democrats.  From the story:

Healthcare reform is hurting the reelection chances of freshman Democrats in the House, according to The Hill/ANGA poll.A majority of voters in key battleground districts favor repeal of the legislative overhaul Congress passed this year.

President Obama predicted in the spring that the new law would become popular as people learned more about it. But the poll shows Republicans strongly oppose it, independents are wary of it and a surprising number of Democrats also want it overturned. Republicans have vowed to repeal the law if they take control of Congress, and the findings of Mark Penn, who led Penn Schoen Berland’s polling team, show that healthcare is a major issue for voters this year.

When asked if they wanted the legislation repealed, 56 percent of voters in the surveyed districts said yes. “Only Democrats were opposed to repeal (23 percent to 64 percent),” Penn said. “Undecided voters wanted the healthcare law repealed by 49 percent to 27 percent.”

In each district, a majority of those surveyed said they want the controversial law gone.

Which is why Democrats are running away from the law in this election—as I have been saying.  After this election, I think we will be able to begin the difficult process of dismantling the mess, defunding it, and fashioning a reform that will work consistently with the less centralized ethos of the USA.
0
Print
Email
Prev Article
Next Article