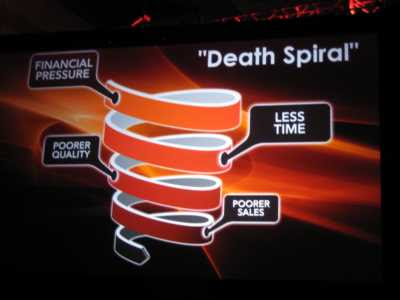 Wow. This is what happens when you tell insurance companies they can’t engage in underwriting.  In Connecticut, Anthem Blue Cross/Blue Shield has been given permission by state regulators to raise premiums by as much as 47%!  Why?  Obamacare. From the story:

The state has given Anthem Blue Cross and Blue Shield the go ahead to raise premiums by as much as 47 percent for some members, and says health care reform is the reason why. Attorney General Richard Blumenthal sent a letter to Insurance Commissioner Thomas Sullivan on Oct. 6, asking what he called “excessive” increases were approved without full consideration of all the facts. His letter mentioned rate increases for both Anthem and Aetna. The new rates took effect Oct. 1, and include increases from 19 percent all the way to 47 percent depending on the individual, the Hartford Courant reported.

Sullivan responded to Blumenthal saying the new rates included “very rich benefits” mandated by federal law. “There is not one person in the state of Connecticut who will see an increase in their current premiums based on what the department approved for Anthem and Aetna,” Sullivan said in a release. “The rates that were filed and approved reflect the current cost to deliver care and the impact of more comprehensive benefit designs required under the federal healthcare reform law. If the attorney general wants to complain to someone, he should complain to Congress.”

But they knew this would happen.  I mean, how could they not?  But why? I believe the point of Obamacare is to destroy the private health insurance system, which would leave only the government there to pick up the pieces. Then, it will be ration, ration, ration, and centralized control, control, control over our lives—in the name of promoting “wellness” and “cutting costs.”