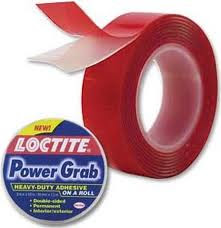 A piece in The New Republic wonders why people are so opposed to Obamacare and the mandatory purchase mandate. From “Who Doesn’t Want Health Insurance?” by Jonathan Cohn:

There are obviously some people who don’t have health insurance and, furthermore, don’t want to have health insurance. They’d rather take their chances and pay out of pocket. But I think that’s an awfully small group of people and, quite honestly, I don’t think they have the right to make that choice—unless they feel like relinquishing their right, under the Emergency Medical Treatment and Active Labor Act (EMTALA), to stabilizing or life-saving care in case of an emergency. This is the essence of the constitutional case for the mandate.

It’s true that the Affordable Care Act does more than require people to get insurance. It sets minimum standards for what that insurance covers and requires community rating, under which insurers can’t vary premiums based on an individual’s propensity to get sick. This means that some people—mostly young, healthy men with cheap, bare-bones policies—may have to pay more to keep their benefits than they would otherwise pay. But plenty of these people are older and/or sicker, which means they should benefit from the new regulations. And that’s not to mention the fact that, between subsidies and reforms designed to reduce the cost of care, many of these people will end up paying less for their insurance anyway.

The real question is, “Who wants to support such a cynical power grab?”

This is the USA.  We were created out of a distrust for centralized governmental power.  That is still a strong strain in our body politic.  Obamacare is the opposite of limited government, and thus epitomizes the wrong direction into which many people think we are heading on a broader front, some of which is beyond the scope of SHS.

People understand that the law doesn’t just target what needs fixing, e.g., getting coverage for pre-existing conditions and help financially for people who can’t afford premiums.  If it had, I don’t think there would be such a loud  hue and cry. Rather, the relative few who genuinely needed protection were used cynically by Obamacarians as a front for a 2500 page behemoth—that will metasticize to 100,000 pages of regulations—intended to centralize control over our healthcare in Washington and, more broadly, our lives by government bureaucrats.

If we can be forced to buy a private product in the name of the greater public good, then there is little the government can’t force us to do.  That is why the federal judge in Florida, who will decide whether the purchase mandate is constitutional, wrote that it is an “unprecedented” assertion of federal power.  Thus, Obamacare is a body blow against individual liberty.  It is also dangerous to the health of the expensive for which to care because it will lead to rationing—once could even rename it the Bioethicists Full Employment Act.  It will lead to laws controlling how we live in the name of reducing health costs.  It will lead to disease groups vying against each other for limited resources. It will create long lines for diagnostic testing.  It will break the bank.

None of this was necessary.  Obamacare’s creators could have targeted the problems that need fixing. But that wouldn’t have accrued power onto themselves.  And so they opted instead to tear the country apart.
0
Print
Email
Prev Article
Next Article