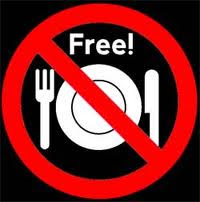 I don’t think the government should force health insurance companies to cover contraception.  But under Obamacare, companies may soon be required to pay for prescribed birth control as a method of preventive health care—which Obamacare (unwisely) forces insurance to provide as a free service for all under the law’s central planning protocols.  From the story:

A panel of experts advising the government meets in November to begin considering what kind of preventive care for women should be covered at no cost to the patient, as required under President Barack Obama’s overhaul. Sen. Barbara Mikulski, D-Md., author of the women’s health amendment, says the clear intent was to include family planning. But is birth control preventive medicine? Conflicting answers frame what could be the next clash over moral values and a health law that passed only after a difficult compromise restricting the use of public money for abortions.

For many medical and public health experts, there’s no debate. “There is clear and incontrovertible evidence that family planning saves lives and improves health,” said obstetrician-gynecologist Dr. David Grimes, an international family planning expert who teaches medicine at the University of North Carolina. “Contraception rivals immunization in dollars saved for every dollar invested. Spacing out children allows for optimal pregnancies and optimal child rearing. Contraception is a prototype of preventive medicine.”

But U.S. Catholic bishops say pregnancy is a healthy condition, not an illness. In comments filed with the Department of Health and Human Services, the bishops say they oppose any requirement to cover contraceptives or sterilization as preventive care. “We don’t consider it to be health care, but a lifestyle choice,” said John Haas, president of the National Catholic Bioethics Center, a Philadelphia think tank whose work reflects church teachings. “We think there are other ways to avoid having children than by ingesting chemicals paid for by health insurance.”

The media always goes to the Catholics to get such a reply. But this has nothing to do with religion.  It has to do with honesty in public policy and fiscal responsibility.

Too often we conflate what we think of as a good policy with proper definitions—and that leads to a form of public policy corruption and indiscipline because necessary parameters liquefy.  Thus, contrary to the pro coverage spokesperson quoted above, contraception is nothing like immunizations—which prevent illnesses. Except in rare circumstances in which a woman’s health requires her not to become pregnant—in which case contraception should be covered like any other medical need—birth control prevents a normal, health condition arising out of sexual activity.  In this way it is unlike pap smears, which are preventive medicine because they can detect unhealthy changes at the cellular level.  Mammograms are similarly preventive medicine.  So are colonoscopies and urine testing for diabetes.

This isn’t to say that birth control shouldn’t be covered by insurance.  But I don’t think the think the federal government should require that it be covered.  Indeed, the market can easily—and without the rule of  bureaucrats—determine whether, under what circumstances, and by what terms, contraception will be covered by a particular policy.

This issue casts a Klieg light on another big defect in Obamacare; the centralization of control over health insurance in federal bureaucracies.  Placing such power in the hands of central planners politicizes the system.  This means that that the bureaucrats will be under pressure from politicians seeking votes to provide goodies for the voters back home.

Alas, it’s always easy to spend other people’s money.  But as a great man once said, there’s no such thing as a free lunch.
0
Print
Email
Prev Article
Next Article