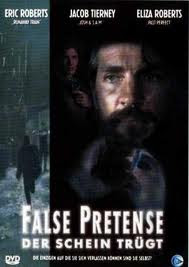 I believe that those who want to legalize recreational pot used sick people as a front to achieve their ends by creating the state medical marijuana systems.  Indeed, the experience in California proves it, as attested by columnist Nicolas Kristof, who argues in his NYT column for the full legalization of marijuana, an issue that is beyond our scope here.  But in doing so, he inadvertently highlights the utter lack of integrity that has become the hallmark of the medical marijuana industry in California.  From his piece, “End the Pot War:”

Likewise, medical marijuana laws approved in 1996 have in effect made pot accessible to any adult in California, without any large increase in usage. Special medical clinics abound where for about $45 you can see a doctor who is certain to give you the medical recommendation that you need to buy marijuana. Then you can visit Mr. Kim and choose one of his 31 varieties, topping out at a private “OG” brand that costs $75 for one-eighth of an ounce. “It’s like a fine wine, cured, aged, dried,” he boasted.

Or browse the online offerings. One store advertises: “refer a friend, get free joint.” And the world hasn’t ended.

Actually, in LA—from where Kristof reports—MM has led to a terrible crime and squalor situation, so bad that LA is trying to shut down hundreds of local pot stores.  Besides, how can Kristof smile benignly at such a profound corruption of medicine?

As I have repeatedly written, I think we can—and should—have medical marijuana. The way to achieve that end—with integrity, based on principle (Wesley, what’s that?), and under the rule of law—is to revise the Controlled Substances Act to permit cannabis to be prescribed like stronger drugs such as morphine and cocaine. That would get the Feds off the backs of doctors, permit studies as to the afflictions for which pot is and is not an efficacious treatment or palliative agent, and allow us to prescribe more precise dosages, such as under-the-tongue sprays.

But for some, medical cannabis was never the goal.  It was the means.  And they cynically used sick people to gain their end. I think that stinks.
0
Print
Email
Prev Article
Next Article