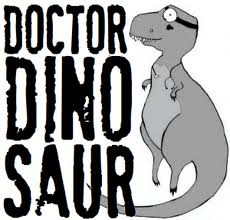 First they did away with house calls, now Donald Berwick wants to dramatically restrict office calls. Or at least, that’s what the temporary (recess appointment) Medicare chief and rationing proponent advocated in a document he wrote and published before entering government while the head of the Institute for Health Care Improvement.

In Escape Fire: Lessons for the Future of Health Care, Berwick makes a breathtaking proposal that would seem to guarantee each of us all the health care we want, whenever we want to receive it .  From page 42:

The new system of access can be summarized in one phrase: “24/7/365.” The access to help that we will envision is uncompromising, meeting whatever need exists, whenever and wherever it exists, in whatever form requested.

Whoa. That certainly doesn’t sound like the Donald Bewick who has waxed romantically about the rationing board NICE and the UK’s NHS.

So, how do we square the two Donald Berwicks?  There’s a catch!  Berwick simply restricts the scope and meaning of “whatever need exists, whenever and wherever it exists, in whatever form requested” so that, as implemented, it would eliminate most  face-to-face patient/doctor interactions.  Again, from page 42:

Access 24/7/365 begins to be achievable only when we agree—scientists, professionals, patients,payers, and the health care workforce—that the product we choose to make is not visits. Our product is healing relationships, and these can be fashioned in many new and wonderful forms if we suspend the old ways of making sense of care.

The access we need to create is access to help and healing, and that does not always mean—in fact, I think it rarely means—reliance on face-to-face meetings between patients, doctors, and nurses. Tackled well, I believe that this new framework will gradually reveal that half or more of our encounters—maybe as many as 80 percent of them—are neither wanted by patients nor deeply believed in by professionals...

The health care encounter as a face-to-face visit is a dinosaur. More exactly, it is a form of relationship of immense and irreplaceable value to a few of the people we seek to help, and these few have their access severely curtailed by the use of visits to meet the needs of many, whose needs could be better met through other kinds of encounters.

Sure some efficiencies can be realized by having doctors available by phone, using e-mail, and having test results sent by computer. This is already done in some plans, such as my mother’s Kaiser Permanente Medicare program. But chat rooms, “group visits of patients” (what about privacy?), and other hands off methods, can only do so much and go so far. Moreover, doctors use face-to-face meetings for more than just exams.  Sometimes, a doctor can take one look at a long-time patient who might be unwell and tell that something is amiss.  In short, doctors need to see patients.

Berwick is thought of by some as a visionary.  He is certainly dedicated to bringing new ideas to the practice of medicine.  But it seems to me that when he wrote that we all should have total access whenever and however we want it, he wasn’t being straight.  He was really talking about another method of restricting care.  Moreover, it is one thing for younger and healthier patients to use more modern methods of communication.  It is another for the elderly and the relatively uneducated.  We aren’t all into I-phones.

That is why I fully expect—and want—his formal appointment as Medicare head to be rejected by the U.S. Senate.  Let him go back to the non profit sector where he can bubble over with ideas and promote futuristic medical procedures and processes—outside of the corridors of real power.
0
Print
Email
Prev Article
Next Article