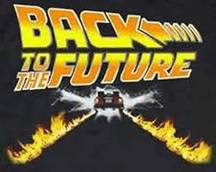 I thought I had heard it all in the ESCR debate.  That embryonic stem cells are the “only hope.”  Wrong!  That they don’t really come from embryos!  Junk biology.  That the reason they have not brought about the cures is they did not receive good funding because of Bush!  Wrong again.  In the USA alone, billions were spent on human ESCR between 2001 and 2008.

But I never thought that embryonic stem cell research would be sold as a cure for the national debt!  From a column by Don C. Reed at the Huffington Post:

Reducing the national debt is perhaps the one issue everyone agrees on, even in the hyper-political swamp that is Washington today. Stem cell research may have a surprisingly large role to play in that battle...But here comes one more giant number, and it may be the key to everything: $1.65 trillion. This is the cost of caring for the chronically ill, those who suffer from diseases which are (at present) incurable. Three-fourths of every medical expense dollar goes to caring for our loved ones with incurable illness or injury — who are never going to get well. One hundred million Americans suffer disease and disability for which there is no remedy. We can keep them alive, but we cannot make them well. We just maintain them in their misery until they die. Cure is the only way to lessen medical expense. Every time we cure or alleviate a disease, we lessen the national debt, because we don’t have to pay for those medical costs. When Jonas Salk ended polio with the Salk vaccine, he did more than save lives and ease suffering — he saved hundreds of billions of dollars for America.

Without that vaccine, we would be paying an estimated one hundred billion dollars a year to care for the wretched sufferers of polio, in institutions or in iron lung. What if we could use embryonic stem cell therapies to cure even a percentage of another gigantic and ongoing expense — cardio-vascular disease?

This is so 2001!  ESCR is so far away from doing anything of the sort, and the difficulties in bringing treatments to the clinic—one human trial so far—are proving intractable.

Not so with adult stem cells.  They are already being used in treatments in human trials for heart disease.  Ditto other expensive conditions—spinal cord injury, MS, diabetes, fracture healing, repairing damaged corneas, etc.—and at lesser cost overall if the therapies work out.  They may also be used to prevent the need for hip replacements. Not only that, but cell reprogramming is forging along at a tremendous pace, and are already being used in drug testing. And that doesn’t include non stem cell pioneering methods for regenerative treatments.

This is not to say that ESCR has no scientific value—the dispute is about ethics—but it is to say that I doubt that sector is from where most of the efficacious treatments will be coming. And they will not be the cure for the national debt.
0
Print
Email
Prev Article
Next Article