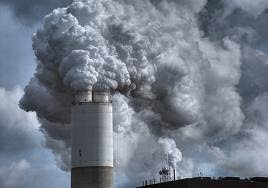 Carbon dioxide continues to increase in the atmosphere, but the rate of warming is a trickle.  That doesn’t meet with scientific expectations!  What’s the holdup in the meltdown?  Pollution! From the story:

Global warming has slowed in the last decade, according to the Met Office, as the world pumps out so much pollution it is reflecting the sun’s rays and causing a cooling effect. The latest figures from more than 20 scientific institutions around the world show that global temperatures are higher than ever. However the gradual rise in temperatures over the last 30 years is slowing slightly. Global warming since the 1970s has been 0.16C (0.3F) but the rise in the last decade was just 0.05C (0.09F), according to the Met Office. Sceptics claim this as evidence man made global warming is a myth. But in a new report the Met Office said the reduced rate of warming can be easily explained by a number of factors. And indeed the true rate of warming caused by man made greenhouse gases could be greater than ever.

One of the major factors is pollution over Asia, where the huge growth in coal-fired power stations mean aerosols like sulphur are being pumped into the air. This reflects sunlight, cooling the land surface temperature. Dr Vicky Pope, Head of Climate Change Advice, said pollution may be causing a cooling effect. “A possible increase in aerosol emissions from Asia in the last decade may have contributed to substantially to the recent slowdown,” she said. “Aerosols cool the climate by reflecting the sunlight.”

They don’t know that. It’s just a theory

And note how this environmental writer just swallows the meme hook, line, and sinker without an ounce of skepticism—and without interviewing one person who might challenge the notion. It is stories like this—a hypothesis reported as a certainty—that have profoundly harmed the credibility of global warming hysteria—and the journalists who cover the beat. 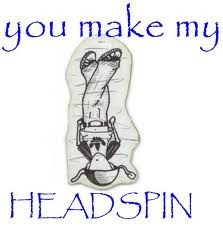