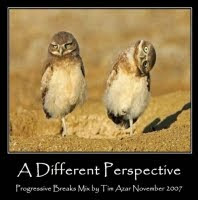 I don’t subscribe to this theory, frankly.  Indeed, I doubt that the votes in the House for the “Cap and Tax” bill moved many votes at all on 11/2 (that was Obamacare and the economy).  But Politico thinks I may be wrong. From the story:

House Democrats who voted for the 2009 bill to cap greenhouse gas emissions – dubbed cap-and-tax by GOP opponents – had a terrible night.  Over two dozen lawmakers who favored efforts to clamp down on heat-trapping emissions were swept away on Tuesday’s anti-incumbent wave, ushering in a new class of Republicans who doubt global warming science and want to upend President Barack Obama’s environmental and energy policies. Democrats who voted for the controversial House climate bill were slaughtered at the ballot box, including Rep. Rick Boucher, the 14-term Virginian who helped broker some of the key deal instrumental to its June 2009 passage. In the Senate, several reliable green advocates also went down to opponents who derided tough new environmental policies.

Come January, Obama will be working with a Congress that will have little appetite for the types of sweeping energy reform he sought over the last two years. With the House in Republican hands, some of the climate issue’s most vocal advocates have been dislodged from their powerful perches, including Speaker Nancy Pelosi and Energy and Commerce Committee Chairman Henry Waxman. There’s no hiding the House Democrats’ bloodbath, with more than two dozen members who voted for the Pelosi-led climate bill losing their seats, and more likely to fall as the final tallies come in. The outcome sends a strong signal to moderate lawmakers as they consider any risky votes in future Congress’ on energy and environmental issues.  “It’s going to be cap and tax forever more, and I don’t think any of these guys are ever going to touch it again,” said Linda Stuntz, an industry attorney who held a top Energy Department spot during the George W. Bush administration. “I think anyone who thinks there’s vitality left is kidding themselves.”

Well, that’s good, but it’s just a collateral cause, albeit with a substantial benefit.  However, I bring this perspective to you in the interest of presenting different views.
0
Print
Email
Prev Article
Next Article