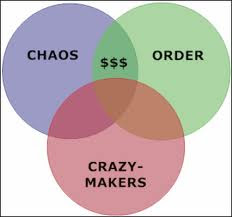 The recent election brought anti Obamacare Republicans into power in several important states, both in the governor’s chair and as the majorities in state legislatures.  That could make even tougher slogging for Obamacare.  A commentator at the conservative Manhattan institute shows how this might result in a state revolt against the law.  From the commentary by Peter Suderman:

In particular, Republican victories at the state level will make implementing the law more difficult...Republican governors could prove to be crucial players in the fight over the implementation of the law.  That’s because the law relies heavily on state governments to build and run its health exchanges—the government-run insurance marketplaces that each state is expected to build and run. Those exchanges are to be built under strict federal supervision, and because they will be responsible for determining whether an individual is eligible for publicly funded insurance subsidies, they could pose an enormous technical challenge...The law gives states the options to decline to build an exchange, but the alternative is to let the federal government step in and run it instead. Yet there may be a third option: Design exchanges that don’t meet the strict federal standards, and then challenge the administration to shut them down...


Governors may also be instrumental in determining how the PPACA’s Medicaid expansion proceeds. The law is projected to add 16 million individuals to the joint federal-state health insurance program. And although the federal government will pay for a large share of the expansion costs, the additional expense to states is still expected to be a burden; estimates put the cost to Texas alone at $27 billion by 2023. That’s why Lone Star state officials are already reportedly considering a radical alternative: drop out of Medicaid, which remains a voluntary program, entirely. Instead, the state might pick up some of the slack with a state-run program. And after 2014, it could push many would-be Medicaid enrollees onto an exchange, where they would receive federal subsidies.

This isn’t healthy for America.  But when you pass a profoundly unpopular law over the pronounced objections of the American people—in a system that requires the consent of the governed— it is naive (at best) to think people will just shrug and go along.

This means that the struggle over health care law will continue—in the courts, in the states, and in DC.  If we want to avoid years of bitter and protracted infighting, Obamacare will have to be substantially remade so that the whole country will go along.  Just digging in their heels and hoping people change their minds about the law—the current strategy—is no longer a very viable option for Obamacarians.
0
Print
Email
Prev Article
Next Article