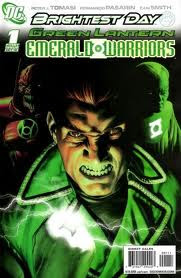 When I was in Australia last July, I clashed with Green Party officials over the party’s plan to legalize euthanasia. But the party’s support for doctor administered death is only a small part of its destructive potential.

The Green Party is rife with anti humanism, as Liberal (the conservative party) shadow minister for families, housing, and human services, Kevin Adams points out. (I have rearranged his piece a bit in order to put his theses in a different order.)  From his column (citations omitted):

There are many descriptions that could be applied to the Greens, but none seems more accurate than Jack Mundey’s own description of “ecological Marxism”. This description sums up the two core beliefs of the Greens. First, the environment or the ecology is to be placed before all else. This is spelt out in the first principle in the Greens Global Charter: “We acknowledge that human beings are part of the natural world and we respect the specific values of all forms of life, including non-human species.”...According to the Greens ideology, human dignity is neither inherent, nor absolute, but relevant. Humans are only one species amongst others...Elsewhere, they equate humans with animals: “The revolutionary element in Green ethics is its challenge to us to see ourselves in universal terms... I must take into account the interests of others, on the same footing as my own. This is true, whether these others are Victorians or Queenslanders, Australians or Rwandans, or even the non-human animals whose habitat is destroyed when a forest is destroyed.”

What is revolutionary about this statement is not that the interests of another should be considered in an ethical judgment. Judeo-Christian belief extols consideration of others, as does Kant’s Golden Rule. Burke wrote of society being a compact across generations. What is revolutionary is the equation of humans and animals.

Of course, we should respect the natural world—but not co-equally with humans. That gets you to Ecuador’s constitutional “rights of nature,” and beyond that, Deep Ecology:

The Greens also “Call for the Universal Declaration of Human Rights to be amended to include rights to a healthy natural environment and intergenerational rights to natural and cultural resources”. [xxvi] In turn, the Greens would be able to rely on international courts and fora to press their agenda.

It also has tyrannical tendencies:

The Greens are Marxist in their philosophy, and display the same totalitarian tendencies of all previous forms of Marxism when applied as a political movement.  By totalitarian, I mean the subordination of the individual and the impulse to rid society of all elements that, in the eyes of the adherent, mar its perfection.

For the Greens, a pristine global environment represents earthy perfection. It underpins their “ecological wisdom” and is at the core of the new ethic. It is to be protected and promoted at all costs. Hence, all old growth forests are to be locked up; logging is to be prohibited; wealth is to be scorned; economic growth is opposed; exclusive ownership of property is questioned; there should be a moratorium of fossil fuels exploration; dam construction should be discouraged; genetic engineering and agricultural monoculture is rejected; world trade should be reduced;  and a barter economy encouraged.

Green is not conservationism or environmentalism that focuses on maintaining wilderness areas, protecting species, and reducing pollution.  Rather, it is a radical belief system that conflicts with the human exceptionalism of Western Civilization responsible for bringing so much liberty and prosperity into human society. It would be very destructive to human  thriving—and freedom—if the Greens ever gained control.
0
Print
Email
Prev Article
Next Article