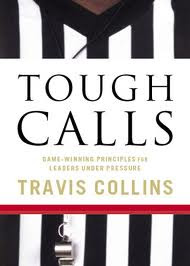 Four years ago, the story of  “Ashley’s Treatment” broke into the news, roiling the bioethical waters.  For those who may not recall, Ashley was a profoundly disabled 6-year-old girl whose parents and doctors decided to subject her to medically unnecessary surgery—removing her breast buds and a hysterectomy— and inject her with growth stunting hormones to keep her small.  The doctor wrote a paper about it—setting off the controversy—and the parents started a pro “Ashley’s Treatment” blog for other “pillow babies.”

I spoke out very forcefully against Ashley’s Treatment at the time, spending some time analyzing the different issues, which ranged from the potential harm caused to whether the parents’ good motives justified the acts.  From my piece “An Ethically Unsound “Therapy in the NRO:”

This very disturbing case raises two fundamental questions. First, did these medical interventions support Ashley’s intrinsic worth as a human being? Second, did her disability and the parents’ loving motive transform what would normally be deemed terrible abuse into legitimate therapeutic procedures that were ethical for the doctors to perform? The answer to both questions, I think, is no.

I noted that the mastectomy was “ethically invalid and superfluous” because it was  merely intended to prevent the girl future “discomfort.”  I then weighed in on the hysterectomy:

Which brings us to the hysterectomy/appendectomy issue: Ashley’s healthy uterus was removed to prevent her from ever menstruating and, apparently, as a prophylactic against uterine or cervical cancer. So the question is whether avoiding the “mess” of menstruation — the cancer worry seems like so much window dressing — justified removing her healthy uterus (and appendix). Hysterectomies, while certainly common, are not without potentially serious risks. It is abdominal surgery, requiring full anesthesia, intubation, and the need for pain control. The potential side effects include injury caused by the anesthesia, infection, and perhaps even death. Add in the fact that menses is not an illness and, indeed, that it can be controlled in profoundly disabled women with periodic injections, the cutting out of a healthy organ seems wholly unwarranted. (Some have suggested that the point was to prevent pregnancy in the event of rape. But if preventing pregnancy was the point, there are many less intrusive methods of accomplishing that goal.)

What about the hormones?  I understood the goal.  But I noted that it amounted to human experimentation:

...according to Drs. Gunther and Diekema, using high-dose estrogen injections as a method of keeping a child from becoming normal-sized is utterly untested and unproven. (Estrogen injections have only been previously applied to keep girls from growing abnormally tall — itself an ethically dubious “treatment.”) Thus, the physicians write that they “can only speculate” about how much Ashley’s growth will be attenuated. (They estimate that starting estrogen in a 5-year-old boy would result in his being two feet shorter and 100 pounds lighter as an adult than otherwise would have been the case.) They also admit that the potential beneficial and deleterious health effects are “difficult” to assess “because we have no direct experience with high-dose estrogen treatment in young children.” This raises the worry that Ashley was used as the subject of unethical human experimentation, a concern heightened by the doctors’ acknowledgment that Ashley’s Treatment “is a novel, untested, medical intervention.”

Now, a committee convened by the bioethical think tank, the Hastings Center, avoided the most important issues about the surgeries altogether, and came to a different conclusion from mine about growth stunting.  From the story:

The group was unable to achieve a consensus on the polarized topic, which is often referred to as the “Ashley treatment,” after the 6-year-old girl who underwent the procedure at Children’s. Instead, the group reached what it called a “compromise.” Most members said stunting a child’s final height is an “ethically acceptable decision” that should only be considered for children who require total care, have an IQ of 25 or less, and have other persistent and profound disabilities.

So they spent years, only looking at the least contentious issue—the hormone injections—and came up with very little guidance.  Swell.

I understand the desire to make it easier to handle profoundly disabled children by keeping them small—not the surgeries—but that doesn’t justify exposing them to harm in what amounts to human experimentaton.  At the very least—since the “treatments” are really for the caregivers, and thus only indirectly benefit the child—before any growth stunting interventions are rendered, the plan should be reviewed by a court and child welfare officers with those advocating for the interventions required to meet a very high burden of proof before proceeding.  Medically unnecessary and mutilating surgeries should  not be permitted at all.
0
Print
Email
Prev Article
Next Article