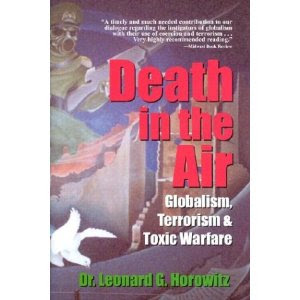 Euthanasia is in the air. We see stories of disabled people in the UK being assisted in suicide. and the prosecutors look the other way.  The Dutch are debating whether the elderly “tired of life” should allowed access to assisted suicide.  The Swiss Supreme Court declared assisted suicide for the mentally ill.  Dutch and Belgian doctors—and in Belgium, nurses—commit euthanasia without request or consent.  And yet, when a Finnish nurse murders elderly patients, we can’t imagine what her motive could be?  From the story:

Aino Nykopp-Koski, 60, killed the patients, aged between 70 and 91, with drugs they had not been prescribed, including sedatives and opiates. The murders took place at various hospitals, care homes and patients’ homes between 2004 and 2009, the Helsinki court heard. Media reported that the court had not been able to determine any motive for the crimes.

I am not asserting a direct connection between euthanasia practice and advocacy and these crimes.  Yet, it is certainly worth noting that the exact same thing happens in Belgium and the Netherlands—sick and debilitated patients killed by medical personnel who have not asked for euthanasia—and the authorities yawn.  Robert Latimer murdered his daughter Tracy in Canada because she had cerebral palsy, and received good poll numbers and general applause.  Jack Kevorkian has been portrayed by Al Pacino and gets $50-,000 a speech!  Stories of “death with dignity” proliferate in the media and in popular culture, giving the impression that bumping off the suffering is compassionate.

If this were a right wing terror bombing, angry critics would point (and have pointed) to far less explicit advocacy as an obvious potential cause of unleashing the perpetrator’s inner demons.  I daresay, the general atmosphere that has been created around taking life as a legitimate answer for the suffering of patients should at least be considered as providing a misguided justification in the disturbed murderer’s mind.  I mean, look around!
0
Print
Email
Prev Article
Next Article