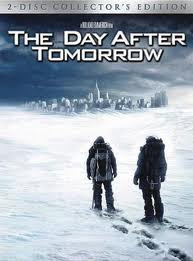 Where is Freud when you need him: Sometimes weather is just weather.

Britain and other parts of Europe are in a real cold snap.  It’s unusual weather, so it must be global warming, right?  Uh, that would be no, at least according to the science.  From the story:

Is it the vagaries of the elements that we should be cursing through our chattering teeth, or the carbon emissions from Chinese smokestacks? Well, the most alarming way in which temperatures in Britain could fall significantly is through a decline in the warm Atlantic current that maintains our mild climate. Although our weather depends on turbulent events in the atmosphere, these are shaped – in the long term – by the oceans, whose currents transport vast amounts of heat around the planet. Ancient records show that if these slowed or stopped, temperatures could drop by up to 10C within decades.

But, the currents haven’t changed:

For six years, a team at Southampton University has been using instruments, strung across the Atlantic from the Bahamas to north Africa, to monitor the Atlantic Meridional Overturning Circulation. This is the massive system of currents, including the Gulf Stream, that carries a mind-boggling 1.3 petawatts of heat – that’s 1,300,000,000,000,000 watts – northwards in its warm upper waters. The Gulf Stream relies on the fact that as the water loses its heat in the north Atlantic, it cools, sinks and flows back to the south. The fear has been that, as the planet warms, melting Arctic ice will weaken these currents, plunging Europe into the cooler.

On this count, however, there is good news. According to Prof Mark Maslin, of University College London, there seems – at present – “to be no evidence of changes in the Atlantic circulation which could account for the last two harsh winters”. There are, he says, shorter-term patterns in ocean circulation which have a major effect, and have been linked to the severe winters in the 1940s and 1960s. But again, that is probably not the case today.

Okay, end of story.  Nope.  The media is always trying to find some way to connect any unusual weather event to global warming. After all, there’ s Cancun to think about!  Okay, since the science didn’t get us what we wanted, how about some conjecture?

But before we write off our current cold snap as the British weather playing its usual tricks, we still need to explain why the Arctic high pressure has strayed so far south. And here, says Prof Maslin, is the more likely, and more subtle, link with climate change. “For me,” he says, “this shows that the climate is becoming more dynamic, and thus large shifts in the wind patterns are possible – in this case, sub-tropical air being trapped further south than usual.”

Oh please.  Sometimes scientists just have to tell reporters what they don’t want to hear, and in this case, it is that the cold snap is not connected to global warming in ways that have been measured— just like Katrina wasn’t caused by warming except in Al Gore’s hysterical mind. In fact, those trying to convince us that action is necessary on climate change should learn a lesson here.  The desperation to find linkage in every kind of unusual weather pattern—even when the science actually indicates that it isn’t there—does not serve the cause of maintaining public credibility in global warming science.
0
Print
Email
Prev Article
Next Article