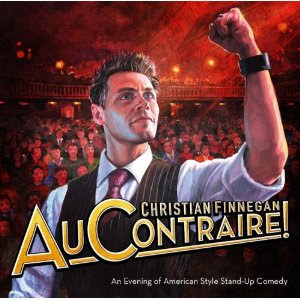 Much is being made throughout the blogosphere and on talk radio about the new Medicare regulation that compensates physicians for discussing end of life options with their patients.  As I said yesterday over at The Corner, these are not “death panels.”

A Forbes blogger makes the same point—in a too caustic fashion, since the original Obamacare legislation had real problems in this regard (which I mentioned in my The Corner post).  Be that as it may, Rick Ungar is wrong about the potential for rationing in Obamacare and Medicare.  Indeed, in some respects, it is already here.  From his post, “Death Panel Scam Set to Reignite:”

The more desirable outcome of such a physician-patient conference would be a written, advanced directive that will legally set forth the patient’s wishes for their treatment at the end of their life. Yet those who continue to object point out that this provides physicians to push a government agenda designed to ration health care at the end of life. Think about this for a moment. Have you ever met a physician who is interested in rationing health care? After all, rationing health care is in no way beneficial to those who practice of medicine.

Poppycock. Has Ungar never heard of capitation?  Hospitals could benefit financially from health care rationing because Medicare pays them a flat rate for Medicare admittees via the Diagnosis Related Group (DRG).  This means the sooner a patient is discharged, the more profit (or less loss) is left for the hospital.  Doctors in HMOs receive flat payments for the services they offer their patients, as well.  Indeed, under the economics of much of health care today, medical professionals and institutions often make less money—or sustains a greater loss—the sicker and more care a patient needs.

Moreover, as we have discussed here, some very powerful medical groups support rationing, as does Dr. Donald Berwick, the (temporary) head of Medicare.  (Yes, he’s been trying to walk that stand back lately, but it won’t do him any good.  One year and out!)

Unger then steps deeper in it:

Physicians tend not to be politicians. Nor do they have any track record of supporting government actions that limit health care. Indeed, their history reveals that their positions are in direct opposition to any such action. The opposition is foolish and detrimental to the wellbeing of our senior citizens. It also sanctions the waste of taxpayer money in situations that benefit absolutely nobody. Let’s be clear. If a patient, after discussing the options with their physician, elects to request that every possible measure be taken to save their life, no matter what their situation, I’m all for it. We must -and we should – honor their wishes. But if a patient executes an advance directive, after thinking it through, they are not only doing the right thing for themselves and their families, they are doing what is best for society by not using up resources they do not wish to use.

I’m glad Ungar supports the right to receive the care a patient wants, but he is clearly not up to speed on what is happening in Health Care Land.  He apparently has never heard of Futile Care Theory, for example,  in which advance directives that request treatment can be explicitly overruled by physicians and bioethics committees based on quality of life determinations and (at least implicitly) cost/benefit analysis.  We have discussed that form of ad hoc rationing often here.

Unger is right that the new regulation is not a death panel. But those who worry about seniors and other Medicare recipients, such as people with disabilities, being abused by explicit and futile care-style rationing in the medical system, are not paranoid alarmists.  To the contrary: The danger is clear and present.

(Unger also states in his post that the regulation will allow doctors to discuss assisted suicide where legal and be compensated. I don’t know if that is true.  Federal law prohibits federal funds to be used in assisted suicide.  I will try and find out about this and report here when I do.)
0
Print
Email
Prev Article
Next Article