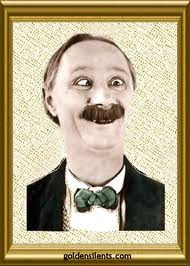 I always laugh at the purported scientific studies that seek to explain differences in perception between liberals and conservatives.  The latest, “Politics and Eye Movement,”  is reported over at BioNews:  From the story:

It goes without saying that conservatives and liberals don’t see the world in the same way. Now, research from the University of Nebraska-Lincoln suggests that is exactly, and quite literally, the case. In a new study, UNL researchers measured both liberals’ and conservatives’ reaction to “gaze cues” — a person’s tendency to shift attention in a direction consistent with another person’s eye movements, even if it’s irrelevant to their current task — and found big differences between the two groups. Liberals responded strongly to the prompts, consistently moving their attention in the direction suggested to them by a face on a computer screen. Conservatives, on the other hand, did not.

Why? Researchers suggested that conservatives’ value on personal autonomy might make them less likely to be influenced by others, and therefore less responsive to the visual prompts. “We thought that political temperament may moderate the magnitude of gaze-cuing effects, but we did not expect conservatives to be completely immune to these cues,” said Michael Dodd, a UNL assistant professor of psychology and the lead author of the study. Liberals may have followed the “gaze cues,” meanwhile, because they tend to be more responsive to others, the study suggests. “This study basically provides one more piece of evidence that liberals and conservatives perceive the world, and process information taken in from that world, in different ways,” said Kevin Smith, UNL professor of political science and one of the study’s authors. “Understanding exactly why people have such different political perspectives and where those differences come from may help us better understand the roots of a lot of political conflict.”

I have a suggestion.  Let’s triage scientific studies so that we only fund and publish about issues that are truly important.
0
Print
Email
Prev Article
Next Article