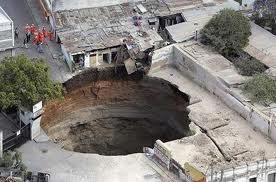 I came to this conclusion very reluctantly, but single payer must be rejected because it leads directly to terrible rationing in times of economic difficulty—as I wrote in the Weekly Standard this week. And now California is threatening to cut MediCal patients off kidney dialysis! From the story:

Poor people with chronic illnesses such as kidney failure, cancer and HIV face the prospect of dying due to budget cuts proposed by Gov. Jerry Brown, lawmakers and health advocates said Wednesday. As Brown’s proposal faces its first week of scrutiny by the Legislature, the governor said he believes the budget process is on track for an early March deadline, but modifications are likely. Dozens of hearings are scheduled over the next few weeks, but resistance from a wide variety of people who would feel the brunt of the cuts continues to grow.

Reductions in health spending could doom some of the state’s sick, advocates said. The governor has proposed limiting most people on the state Medi-Cal program to 10 doctor visits per year, which would save the state almost $200 million next year. That limit applies to dialysis patients, many of whom need the procedure three times per week. Those people would hit their limit in a matter of weeks, health advocates said, placing their lives in danger.

I support government paying for health insurance for the poor and subsidizing others. But programs like Medicaid try to cover the gambit.  Better to give people vouchers for private insurance to cover catastrophic and urgent medical needs and open the door to interstate competition to keep prices down.

Think about it: No private insurance company would be allowed to cut insured kidney dialysis patients off their treatments. Only government can get away with something like that without being pounced on by trial lawyers.  (This is why tort law is so important: It is a market remedy for a market system.)

One last point: In this time of shrinking budgets, restrictions are unavoidable.  That is the nature of single payer insurance.  But those cuts should start with “wellness” care and other non essentials, not the people who urgently need medical access. (Many of the former can be cared for by the little touted community health clinics, about which more soon barring the unforeseen.)

Centralized control is the wrong approach to health care.  Like good investment strategies, we need a diverse coverage strategy.  And free market competition is a crucial part of the mix.
0
Print
Email
Prev Article
Next Article