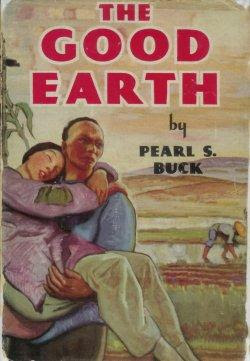 We have discussed here how radical environmentalists and global warming hysterics have extolled China’s tyrannical one-child policy as a model for the West to follow.  In addition to being despotic, a side effect of formal population control—at least in China—has been explicit eugenics.

In a new book, Susan Greenhalgh, author of a new book called Cultivating Global Citizens: Population in the Rise of China, apparently thinks that criticisms of the policy by Western media and human rights activists are overwroght.  From the Wall Street Journal book review (subscription wall):

Susan Greenhalgh, professor of anthropology at the University of California, Irvine, starts out by attacking the West’s “master narrative” about the one-child policy: A cruel communist state suppresses the reproductive desires of the Chinese people...At first, Ms. Greenhalgh blames the West’s preoccupation with human rights abuses committed in the name of population control on the mass media, notably the New York Times and the Washington Post, as well as some well-known scholars. She cites press reports of the tragic consequences of the one-child policy, such as abandoned and murdered baby girls and millions of missing women. Such reporting, she writes, influenced policy makers in the U.S., especially conservative Republicans and right-to-life advocates. Presidents Ronald Reagan and George W. Bush worked to ensure that the suffering of the Chinese people would not be deepened by giving American funds to international organizations underwriting Beijing’s family planning. Ms. Greenhalgh regards this reaction as wrong-headed.

But then, according to reviewer Jonathan Mirsky, she proves the critics’ case:

In the quest for “superior” children and mothers, Ms. Greenhalgh explains, Beijing put aside social, cultural and political factors, and discriminated against whole classes of low-quality people: “rural residents, rural migrants to the cities, women, minorities, and those with substandard bodies” as well as “deviants” such as homosexuals and unmarried couples. She writes, “Some ‘low-quality’ citizens (such as women) have been targeted for energetic, state-sponsored improvement campaigns, while others (rural people for example) have been essentially abandoned as useless to the modernization effort.”

Official pressure to curtail and “improve” births resulted in infanticide and selective abortion, which in turn led to a gender gap among newborns of at best 120 boys to 100 girls. Many Chinese men, therefore, will not find brides, and fewer elderly Chinese will have daughters to comfort and support them. Many urban Chinese have internalized the bias against the family and, as described by Ms Greenhalgh, feel little obligation to care for their parents, want no children and think only of getting rich.

The best ways to limit population growth are to increase wealth and promote gender equality.  Top-down policies that seek to force such changes—or as we saw circa 1880-1960 with the Eugenics Movement, to improve the human gene pool—result in tyranny.  When friends of China point out how despotic the country’s population control policies have been, it seems to me that the world should really take note.
0
Print
Email
Prev Article
Next Article