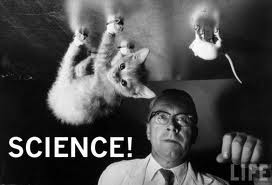 This theory is worth pondering:  Because global warming weather prophets wrongly predicted that it would lead to mass drought in Queensland, its political leaders may have made decisions that worsened the impact of the current flood.  From a Telegraph blog by Spiked’s Brendan O’Neil:

It is worth looking at a document called ClimateSmart 2050, which was published in 2007 by the Queensland government. It outlines Queensland’s priorities for the next four decades (up to 2050) and promises to reduce the state’s greenhouse gas emissions by 60 per cent during that timeframe. The most striking thing about the document is its assumption that the main problem facing this part of Australia, along with most of the rest of the world, is essentially dryness brought about by global warming.

This may have led to what now were clearly erroneous decisions:

Not surprisingly, given their belief that the Earth would become increasingly parched, Queensland officials emphasised the potential crisis of future “water availability” and promised to prioritise “water conservation”. This is one reason why the Wivenhoe dam at Brisbane was allowed to fill up over the past couple of years: because climate change-obsessed Queensland bureaucrats were convinced that rainfall would decline and dry seasons would become more intense, and therefore as much water as possible had to be stored up for future crises. In March last year, as the Wivenhoe dam went from being just 16.7 per cent full to 80 per cent full, still local politicians told their communities to use water sparingly or else “risk a return to a ban on washing cars and other severe restrictions”.

The Queensland government’s belief that water conservation should be a key priority in this speedily warming world of ours appears to have led to the situation where local dams were allowed to get dangerously full. So in recent weeks, the Wivenhoe dam was running at 150 per cent to 180 per cent capacity, which means that the authorities had to start releasing water from the dam at the same time that the rain-caused flash floods were hitting Brisbane’s river system – effectively contributing to the deluge. It is surely worth asking, at least, whether Queensland officialdom’s embrace of the ideology of climate change, its fervent belief in future manmade drought and thus the need to store as much water as possible, made it unprepared for the current flooding of the Brisbane area.

O’Neil correctly states that this doesn’t mean Greens were to blame.  But I think it should give great pause to government officials when they make policy based on fears of the future that have not been validated empirically.  Climate is too complex and insufficiently understood for anyone to know with confidence what will happen in the next decades—global warming or not.  GWH should not drive policy.  It can lead to costly mistakes.
0
Print
Email
Prev Article
Next Article