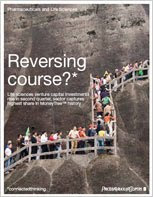 Oh, this is so not going to sow panic.  Rather than disappearing, some of the glaciers in the Himalayas are actually growing.  From the story:

Researchers have discovered that contrary to popular belief half of the ice flows in the Karakoram range of the mountains are actually growing rather than shrinking. The discovery adds a new twist to the row over whether global warming is causing the world’s highest mountain range to lose its ice cover.

The new study by scientists at the Universities of California and Potsdam has found that half of the glaciers in the Karakoram range, in the northwestern Himlaya, are in fact advancing and that global warming is not the deciding factor in whether a glacier survives or melts.

It further challenges claims made in a 2007 report by the UN’s Intergovernmental Panel on Climate Change that the glaciers would be gone by 2035. Although the head of the panel Dr Rajendra Pachauri later admitted the claim was an error gleaned from unchecked research, he maintained that global warming was melting the glaciers at “a rapid rate”, threatening floods throughout north India.

Oops. That wasn’t supposed to happen.  Next thing you know, they’ll tell us that there are more polar bears today than 40 years ago.

I don’t know how the alarmists will stop the leaking out of the balloon.  The most devout global warming believers used to be in the UK.  But they are quickly losing that new time religion.  You know the hysteria cause is in trouble when the head of the UN decides to move on to other mischief.
0
Print
Email
Prev Article
Next Article