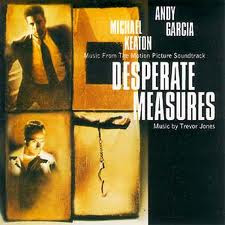 The last two years have profoundly undermined popular support for GWH.  Climategate, contradictory—and always DIRE!—predictions by scientists, false prophesies, explicit anti humanism (which was what attracted me to this as an SHS issue), bad economies, etc., have taken the issue off the front burner.  From the story (nude photo alert):

Climate researchers confirm a noticeable decline in interest. Hans Joachim Schellnhuber, director of the respected Potsdam Institute for Climate Impact Research, recalls that his telephone used to ring off the hook whenever extreme weather conditions set in. Now hardly anyone calls, he says. Global warming as an issue is a “loser” in media terms, an editor at the daily newspaper Tagesspiegel recently explained on a German TV show. In a similar vein, the heavyweight German newspaper Frankfurter Allgemeine Zeitung asked ironically in relation to the Cancún summit: “Wait, was there something about the climate there?”

While journalists debate whether the issue of climate change is even suitable for the media, the New York Times quoted one science filmmaker as calling climate research “bo-ho-ho-ring” and “quite possibly THE most boring subject the science world has ever had to present to the public.” The communication problem in this field can be solved, but it requires the right person or group to find the right approach for reaching the public.

GWH have tried to recover momentum with stunts in the past few years, like nude protesters lying on a glacier (brrrr), getting naked and covering themselves with fake blood, having a beautiful woman declare “global warming is sexy,” and other PETA-style antics.  (When you enter PETA territory, you have entered the Joke Zone.)

They are also funding “advocacy journalism,” which seems an oxymoron:

Climate activists have begun directing millions in funding into training programs for environmental journalists, with the goal of encouraging what’s known as “advocacy journalism.” This type of reporting is “pretty much dead in Europe,” says Markus Lehmkuhl, a media expert at Berlin’s Free University. British science journalist Alexander Kirby warns that journalists who remain neutral on the issue could endanger the cause of climate protection, but many of his colleagues refuse to take sides. The Swiss daily Neue Zürcher Zeitung, for example, fears that the line between science journalism and advertising could become blurred.

Many of us think that most reportage in this field is already advocacy journalism, but never mind.  Once it’s explicit, the remaining credibility will be shot to pieces anyway.

Here’s the thing: The global warming issue got hijacked by hypocritical freebooters like Al—do-what-I-say, not what-I-do-and-don’t-dare-ask-me-any-questions—Gore, hyper politicized UN reports, “Green is the new Red” political slight of hand, and—well—hysterical rantings.  When mild winters are declared to be proof of global warming and then two years later, very cold winters in the same locales are also proof of global warming, well, people just roll their eyes.

Time for common sense: We are not going to dismantle our economies over this.  We can no longer be panicked into giving up our national sovereignty or massively redistributing our wealth.  Best to throttle-up our economies by allowing solid energy development in the short run, which will create the wealth to pay for substantial investments in renewable technologies so we can transition to much cleaner economies, over the long run.  I think most people could support such a measured approach to a long term potentially serious problem if the hyper advocates would just get out of the way.  Be that as it may, about this I am sure: PETA-style stunts won’t get GWHs anywhere.
0
Print
Email
Prev Article
Next Article