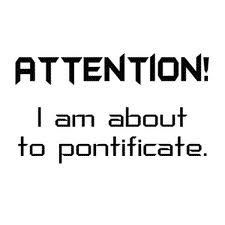 Regular readers of SHS will know that I have reacted to recent rationing imposed within Arizona’s Medicaid by  pointing out that it is an expected consequence of a single payer health systems hitting a budgetary brick wall.  I expand on that analysis in this week’s Weekly Standard.  From my column, “About Those Death  Panels:”

When Sarah Palin warned that Obamacare could lead to medical rationing and “death panels,” supporters were outraged. Alarmism! they roared. A lie! Right-wing propaganda! Alas for supporters of the Patient Protection  and Affordable Care Act, Palin’s provocative sound bite was at least partly grounded in reality—which is why the term entered the political lexicon.

Now, however, some are seeking to wield the term against conservatives. Case in point: The Arizona legislature recently cut its Medicaid budget because the state is in dire financial straits—a move approved by the Obama administration. When the cuts led to canceling Medicaid coverage for organ transplant surgeries, and a potential organ recipient died, death panel claims suddenly became all the fashion.

I give two examples of these attempts to wield the DP charge against conservatives, but note that those criticisms missed the point:

The Arizona Medicaid story was not grounded in conservative heartlessness or hypocrisy. It resulted from a single-payer health care system crashing into a budgetary brick wall. The real lesson here is that “single payer” and “death panels” go together like “See’s” and “candy.”

I point to Oregon’s explicit Medicaid rationing, the call of the Wisconsin Medical Association to explicitly “allocate” and “prioritize” that state’s Medicaid.  Canada rations by time with an 18.2 week median wait for surgeries according to one study. And, I get into the NHS’s rationing board NICE and its explicitly discriminatory “quality of life adjust year” (QALY) approach—noting that powerful voices, such as the New England Journal of Medicine, want a QALY system imposed in the USA.

I then make an important point about what happened to the unfortunate organ transplant patients in Arizona suddenly rationed out of coverage:

Our current private system certainly has serious problems that need addressing. But no private insurance company would dare unilaterally deny a previously qualified patient life-saving surgery, as Arizona did. Only government can get away with something like that.

Indeed, if insurance companies fail to pay for covered care, they risk juries’ awarding tens of millions in punitive damages against them in “bad faith” lawsuits—and there are plenty of trial lawyers eager to bring such cases. At the same time, government regulators of private systems are much more likely to side with patients than insurance companies, a benefit of the doubt likely to be reversed in single-payer or federally bureaucratized plans. Potential loss of market share serves to keep private carriers on the up and up—particularly in markets with robust competition, which is why expanding health insurance markets is an urgent agenda item for those seeking to replace Obamacare.

As the nation continues to debate health care reform, we should keep in mind that many Obamacare supporters see the Affordable Care Act as merely a first step on the road to a national single-payer plan. Those who oppose such a centralized system should stress that avoiding death-panel medicine in a time of strained budgets requires that we eschew both single-payer financing and federalized bureaucratic control. They should also promote cost-containment innovations, such as price competition at the source of services, and reforms that enable hard-to-insure people and workers with low wages to gain broader access to coverage or inexpensive care.

I used to believe in single payer.   But I have seen how and why it doesn’t work well for the most expensive for which to care.  I now think the best approach is private sector—under-girded and subsidized by government, to be sure—that encourages competition to promote innovation, creativity, efficiency, and affordability.

Part D Medicare does that by promoting competition among private carriers interested in the huge prescription drug market for seniors. It is wildly popular and one of the few government programs that has actually cost less than anticipated.

In contrast, Obamacare centralizes control over private insurance in the behemoth and enervating regulatory agencies, handcuffs innovation, depresses competition, and stifles the ability of the industry to offer low priced products, such as catastrophic coverage with high deductibles.  And for that reason, it should be repealed, replaced, and defunded.
0
Print
Email
Prev Article
Next Article