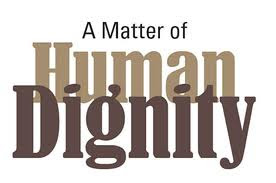 So now we are being told by novelist Martin Amis that euthanasia is an “evolutionary inevitability.”  From the story:

Martin Amis is to campaign for the laws on assisted suicide to be reformed. The author, who caused an outcry last year when he called for euthanasia booths to be installed on every street corner, says that he now regards euthanasia as nothing less than “an evolutionary inevitability”.  Amis says: “We are living too long. It’s not viable. I can’t think of any reason to stay alive once the mind goes. It is an existential nightmare that you can’t get out of life. Medical science got us into this and medical science will have to get us out.” Amis, who has been given a platform for his views by Channel 4 in a polemical programme, believes that public opinion is on his side. “Of course, there are legal difficulties, but people are ahead of the Government on this. It is a residue of Christian feeling – this idea of the sanctity of life – that is holding things back, but we have to get rid of this primitive feeling.”

Hardly a “primitive feeling” but the basis of Western Civilization and universal human rights, a necessary predicate to protecting the weak, vulnerable, and defenseless. Moreover, laws against euthanasia are not evolutionary—whether one supports or opposes them—as they don’t arise without reason or design, but rather, are worked out rationally and with intentionality to accomplish a desired purpose.

One other point: It become harder to prevent suicide when a famous novelist promotes it.

Destroying the “sanctity of life” ethic would destroy universal human rights because it would create varied levels of human value.  Amis is the one with a “primitive” perspective in that such views threaten to return us to less enlightened times and open the door to explicitly destructive actions.
0
Print
Email
Prev Article
Next Article