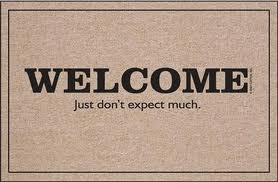 A Reuters-conducted poll validates the fears we have seen expressed in medical organizational polls about the likely  deleterious impact of Obamacare on American health care in general, and on physicians in specific.  From the story:

Nearly two-thirds of U.S. doctors surveyed fear healthcare reform could worsen care for patients, by flooding their offices and hurting income, according to a Thomson Reuters survey released Tuesday. The survey of more than 2,900 doctors found many predict the legislation will force them to work harder for less money. “When asked about the quality of healthcare in the U.S. over the next five years, 65 percent of the doctors believed it would deteriorate with only 18 percent predicting it would improve,” Thomson Reuters, parent company of Reuters, said in a statement.

Doctors also think that patients will be negatively impacted:

As for patients, 57 percent of doctors predicted the impact of the changes will be negative, 27 percent said they would be positive and 15 percent forecast a neutral effect.

And 78% believe that compensation will be less fair.  That fear could drive older or well off doctors into other endeavors or retirement, as other physician surveys have indicated will happen.

Alas, the doctors are right.  Example: The ridiculous tax on the manufacture of durable medical equipment and medical devices that will make it harder to obtain and more expensive to provide.  While waiting to take down the law overall and replaced it with more targeted reform, this would be a good piecemeal repeal that might pass the Senate.