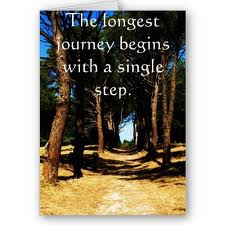 The House of Representatives, with three Democrats joining all Republicans, voted to repeal Obamacare today.  This is the first step in a long journey that will be traveled over at least the next two years. From the story:

House Republicans passed a bill to repeal President Barack Obama’s health care plan Wednesday, taking their first major step toward rolling back the massive overhaul that has dominated the American political landscape for almost two years. The vote was 245 to 189, and unanimous GOP support gave the vote the same partisan feel of the March vote to pass the law, underscoring once again the hardened political lines of the health care debate. Only three Democrats backed the repeal, a smaller number than Republicans had once predicted.

So, why are the Republicans the partisan ones?  The bipartisan position was not to pass the law in the first place—many Dems votes no—and to repeal now—three Dems voted yes.
But at least the debate was civil according to the request of President Obama in Tucson—in my dreams.  The old Nazi slur rears its ugly head from Democrat Representative Steve Cohen.

Cute. I guess it’s only hateful if such talk comes from the right.

Then, there is Texas Democrat Representative Cynthia Jackson Lee claiming that repeal violates the 5th Amendment’s denial of life and liberty without due process of law!

Why do liberals always seem to conflate what they think of as good policy with what the Constitution requires or forbids?

Nasty and clueless. Now, we see why the Democrats lost the political debate over Obamacare. Good grief.
0
Print
Email
Prev Article
Next Article