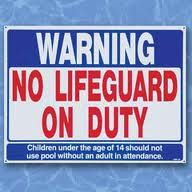 Slate’s Will Saletan, who definitely pitches his beliefs tent in the pro choice camp, goes into details about the Philadelphia abortion/infanticide mill, which I posted about the other day.  He first notes that some pro choice absolutists believe in abortion through the ninth month—and quotes and links them.  That’s worth discussing, but rather than repeat that here, I’ll let those interested read the piece, which I link below, for themselves.

He then recites the awful details of what happened at the “clinic,” as alleged in the grand jury report.  From Saletan’s “The Baby Butcher:”

According to the newly released grand jury report, [Kermit]Gosnell accepted abortion patients without regard to gestational age. “Gosnell catered to the women who couldn’t get abortions elsewhere—because they were too pregnant,” the report explains. “More and more of his patients came from out of state and were late second-trimester patients. Many of them were well beyond 24 weeks. Gosnell was known as a doctor who would perform abortions at any stage, without regard for legal limits.”

This meant killing viable babies. “We were able to document seven specific incidents in which Gosnell or one of his employees severed the spine of a viable baby born alive,” the grand jury concludes. One victim was killed at 26 weeks. Another was killed at 28. A third was killed at 32. Some of the dead were 12 to 18 inches long. One had been moving and breathing outside the womb for 20 minutes. The report alleges hundreds of such atrocities. One employee admitted to severing the spinal cords of 100 babies, each one beyond 24 weeks...

You can argue that what Gosnell did wasn’t conventional abortion—he routinely delivered the babies before slitting their necks—but the 33 proposed charges involving the Abortion Control Act have nothing to do with that. Those charges pertain strictly to a time limit: performing abortions beyond 24 weeks. Should Gosnell be prosecuted for violating that limit? Is it OK to outlaw abortions at 28, 30, or 32 weeks? Or is drawing such a line an unacceptable breach of women’s autonomy?

I want to focus on different question:  How is what happened in Philadelphia morally different than what Peter Singer’s values would allow?


Peter Singer has repeatedly stated there is no moral difference between a late term fetus and an early neo-nate—such as at a Princeton conference about abortion that I discussed here at SHS (a post in which I was mainly concerned with his contention that a human being doesn’t have “full moral status” until after age 2).  Here’s a relevant Singer quote to our discussion today from the Princeton conference:

Maybe the law has to have clear bright lines and has to take birth as the right time [to outlaw killing], although maybe it should make some exceptions in the cases of severe disability where parents think that it is better for the child and better for the family that the child does not live…The position that allows abortion also allows infanticide under some circumstances…If we accept abortion, we do need to rethink some of those more fundamental attitudes about human life.

Singer takes a very casual view of these matters, including late term abortion.  In a 2001 Salon interview, he breezily accepts late term abortion if the mother has “a good reason,” which includes balancing the genders within a family!  From the interview:

There’s a difference between early and late abortions. If you have a late abortion, where the fetus might feel pain, then I think you should have a good reason. Because then you’re inflicting pain. As you go through the third trimester, you need to have more serious reasons to end a pregnancy. For instance, I would not support ending a pregnancy only because you want a boy and you’re going to get a girl, because it would reinforce sex discrimination. But if you already have two boys and you want a girl, that could be enough reason for abortion.

And here is what he wrote in a 2007 newspaper column:

Arguably, the fetus first becomes a being of moral significance when it develops the capacity to feel pain, some time after 20 weeks of gestation. We should be concerned about the capacity of fetuses to suffer pain in late-term abortions. On the rare occasions when such abortions are necessary, they should be performed in a way that minimises the possibility of suffering.

Admittedly, birth is in some ways an arbitrary place to draw the line at which killing the developing human life ceases to be permissible, and instead becomes murder. A prematurely born infant may be less developed than a late-term fetus. But the criminal law needs clear dividing lines and, in normal circumstances, birth is the best we have.

So, let us assume that the Philadelphia clinic was run with proper sanitary methods, employed painless killing techniques, and exercised clinical excellence to care for the women, I repeat: How is what “Dr” Gosnell and staff are alleged to have done—late term abortions and induced-premature-birth-and-kill infanticides—any different than what Peter Singer’s “practical ethics” would allow? (Realize that Singer’s recent acceptance of “birth”  as a line is not a moral assertion, but just a hedge to keep from having to defend the killing of healthy infants, a “legal” line that he said at Princeton should not be absolute in any event.)

Recapping: Singer supports late term abortion if the the reason to kill is “good,” which, considering his example cited, is a very low standard indeed.  He strongly implies that a full term fetus has greater moral worth than a prematurely born baby.  Besides, we are repeatedly told we have no right to judge a woman’s reasons.

So, to answer my own question, other than technical issues of clinical procedures and sanitary methods, I can’t think of a single reason Singer’s values would not permit a “professionally” operated abortion/infanticide abattoir.  And that should tell us all we need to know about Peter Singer’s values.
0
Print
Email
Prev Article
Next Article